The Cask Is King

The Cask Is King

I’ve just been in Scotland. Yes, that even feels odd to type out, but international travel is real again, and while it’s changed a bit, it’s so good to get back to the Vaults and catch up with our international team again.

One thing of many that became renewed in my mind from this trip is just how much development and focus we really do put into the cask. A closer examination into how much work really goes on from our spirits team each week has me really excited to talk more in-depth about this to our members.

A matter of influence: spirit vs. wood

Let’s start with discussing just how much influence is understood here. Most distillers will talk about their distillate, most cask/stocks 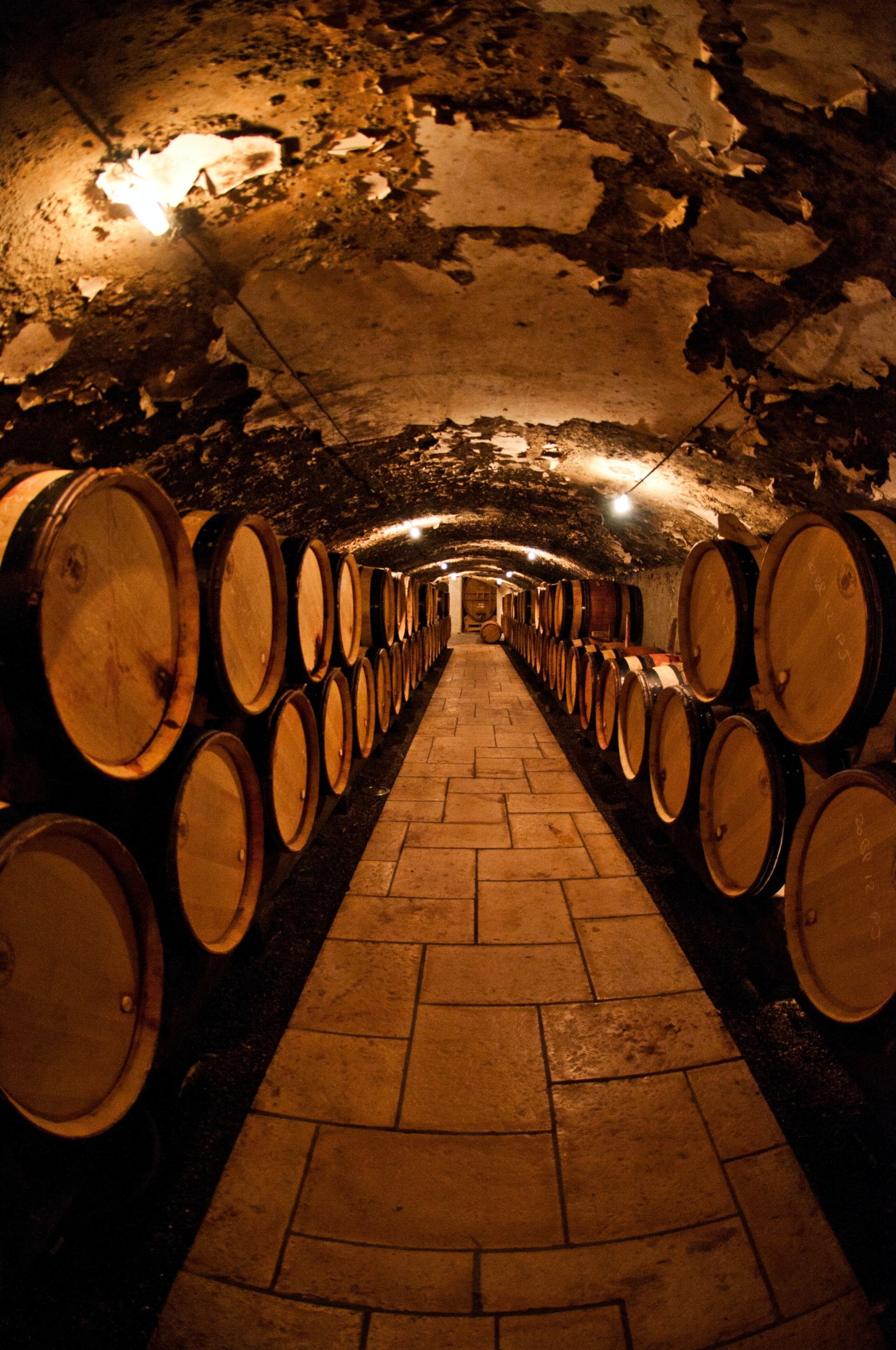 managers will talk about their casks. The truth is, they need to ‘meet in the middle’ to form that perfect harmony of flavours. If a whisky is too ‘spirity’ and feinty, it’ll likely be a bit harsh and under-cooked. If a whisky is too ‘oaky’, you end up with a whole bunch of those fishy/eggy/over-oaked notes and it’s equally as unenjoyable. You need to meet right in the middle.

The inner-perfectionist in me might like to think that the spirit is 50% of the influence on the final product, and the cask is the other 50%. Sounds idyllic, but I just don’t think this is true, almost ever. This balance will vary depending on which spirit you put into which cask and of whom you speak to of course. One contemporary Scottish whisky distiller I spoke to recently was firmly in the camp of saying that the spirit is “easily 80-90% of the final product, and the cask just finishes it up”, where as if we were to ask the late Michel Couvreur what the influence balance is, he was once quoted as saying the spirit is “largely irrelevant to the end result, the cask is everything”. Neither view I would agree with. Perhaps the perfectionist 50/50 view is correct, but most distillers and the Society would largely agree it sits around 30% spirit, 70% cask, or thereabouts. Even writing that will likely put a nose or two out of joint from people who think it should be the other way around, but remember this will move and sway depending on the spirit and its interaction with the wood. That’s just where the alchemy begins after all.

This point will be where we rely on the cask to leech all that lovely flavour from the oak, the previous fill, and the environment it lives in, into the spirit. It’s best to think of a cask like a tea bag, and the spirit as the hot water from the kettle. The temperature of the water you put in the mug plays a huge role in itself: anywhere from 55% to 70% alcohol by volume entry point for most distilleries, and the longer you leave the tea bag in the cup, the more oak influence will play a part. Try this one at home: find the smallest teacup you own, and fill it with boiling water and a Dilmah ‘extra strength’ tea bag. Wait about 10 minutes. What you’ll end up with is an overly-tannic, over-oaked, unenjoyable drink. Now grab some green tea, a strainer, and some 70C hot water, strain for about 3-4 minutes, and take it out. You’ll be left with a perfectly balanced green tea, or to complete the comparison, a lovely balance of spirit and oak. So, using the roundabout figure of 70% influence or so, there’s a lot to be discussed as to the importance of the cask. If this humble oak vessel is to be responsible for what ends up in our glass and shared with friends, then we best take it seriously. 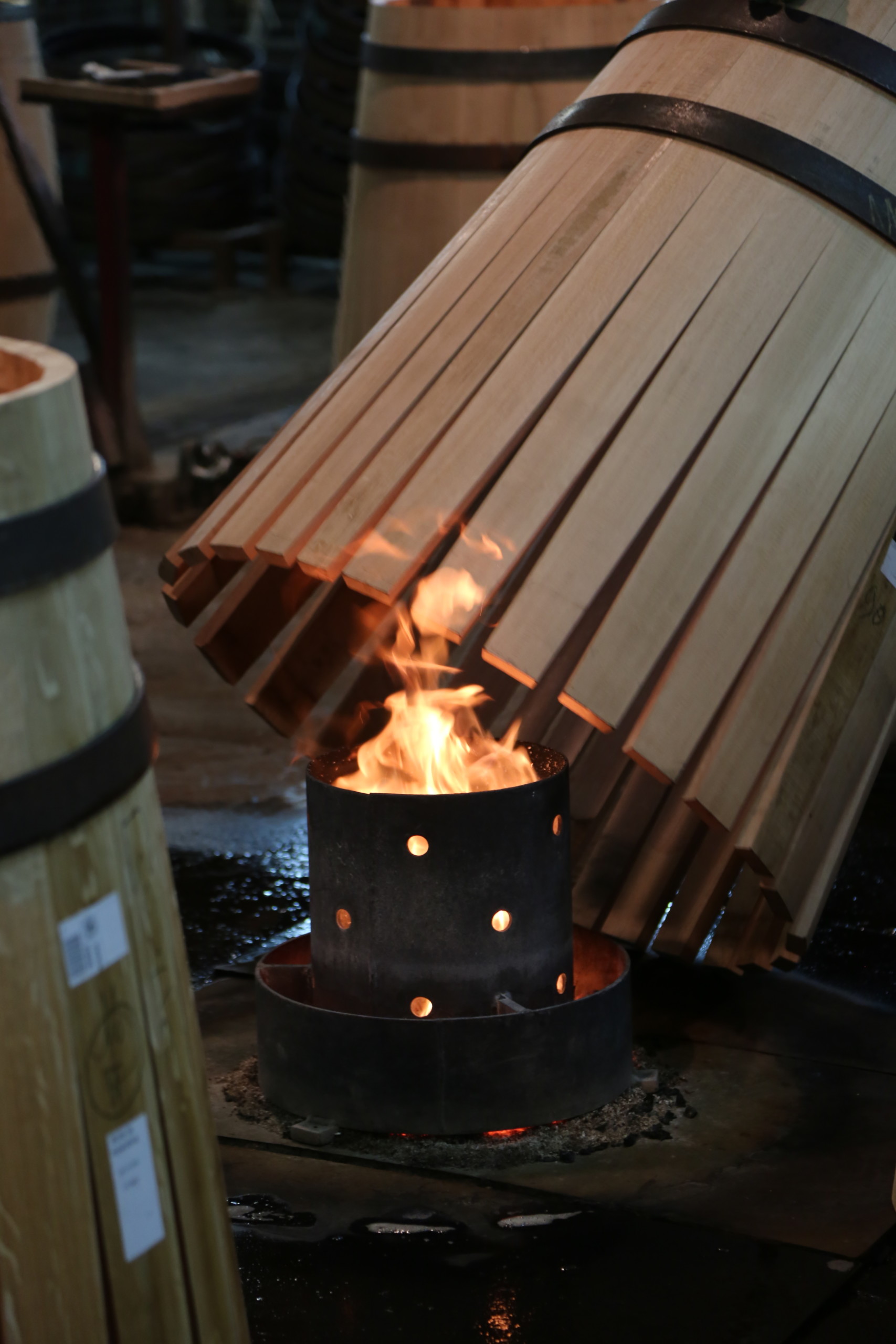 Where do most casks come from, and what does the SMWS do differently? In a nutshell, most casks are either American oak (Quercus Alba), or European oak (Quercus Robur). To simplify it a bit, most American oak imparts a sweeter, more vanillin note, while most European oak imparts a drier, fruitier, more tannic note. A lot of this comes down to the grain, oak density, and thickness of staves. However, the other crucial part here is the previous use. Most American oak will start its life as virgin oak, be used once to produce bourbon that is most commonly between 2-5 years of age, then cannot be re-used to make bourbon again. That makes for a very plentiful supply of very rich ex-bourbon barrels that the Scotch whisky industry gladly takes, as well as most whisky producing nations.

Most ex-European oak starts its life as ex-wine, ex-fortified, or ex-grape based spirit like Cognac or Armagnac. As ex-sherried whisky is hugely desired by whisky drinkers for its Christmas cake-like characteristics, and European oak has a rather drastically different journey to make its way to the whisky producing industry, the prices are often radically different with good ex-sherry butts now costing in excess of $2,200 each. And just to go on a rant for a moment, which could take up a whole other article for another time, but the next time I have to endure a brand ambassador wax lyrical about their “old bodega casks sourced from slumbering wineries and vintage sherry houses” etc, I’m going to scream. It simply doesn’t exist. There’s a reason almost every single sherry cask maturing whisky is from seasoned stock, and truthfully it more and more provides a more uniform, more consistent, more tailored whisky as the end result. More on that another time…

The SMWS’ commitment to quality

With that in mind, the next steps are really what the SMWS does here. Our commitment is to the highest quality on offer for members. We’re not interested in scrapping around for casks from brokers’ lists of blenders stocks into wood we had no say in: we’ll leave that for other ‘independent bottlers’. We’re a whisky club; a global society of members who we want to be able to come to one of our experiences, or pick off an Outturn, and know that if you read the tasting notes and pick a flavour profile, the quality is always assured. Even just the last twelve months of global accolades for our spirits and experiences are testament to what’s really going on, showing it’s really not just us 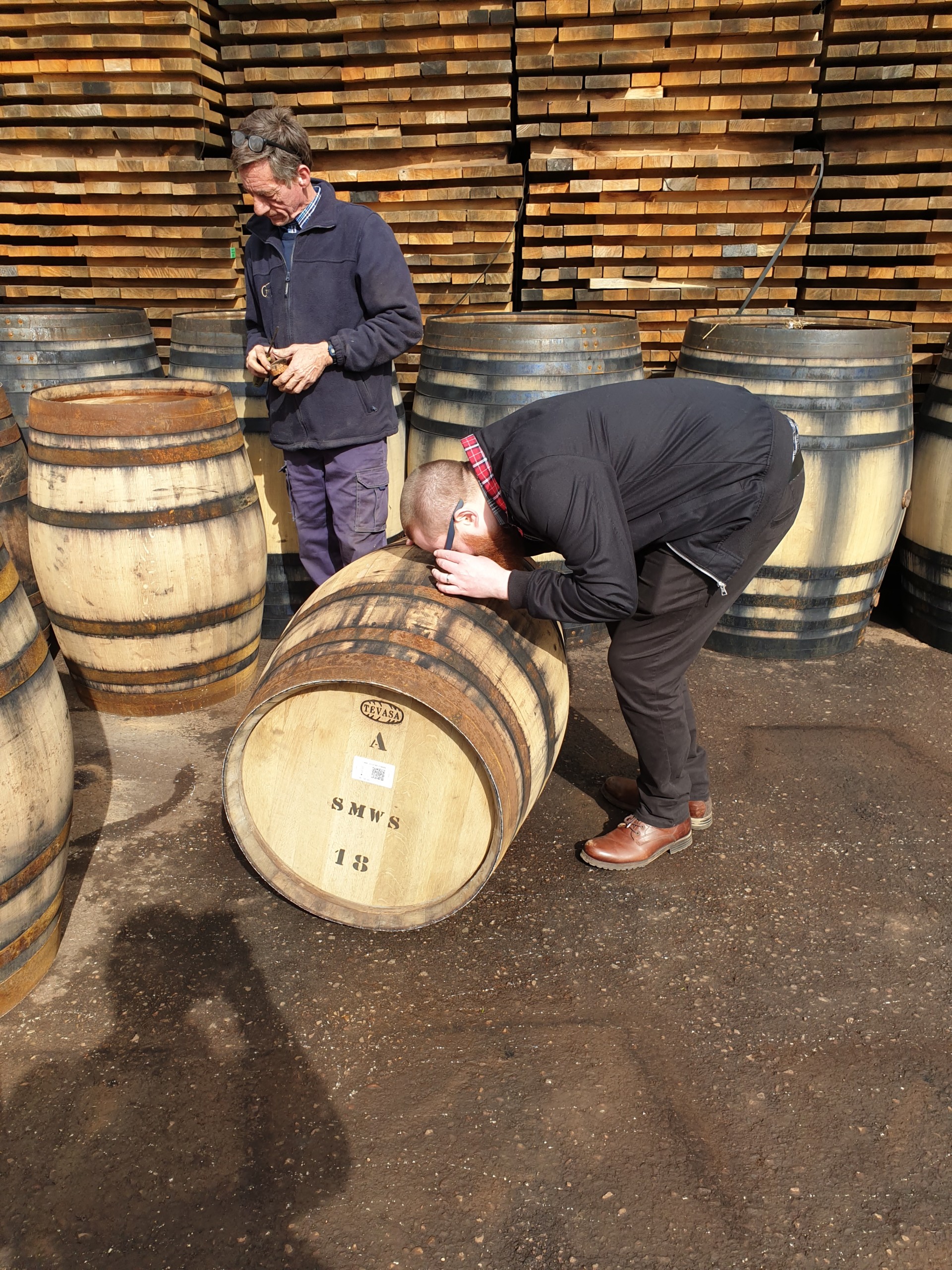 Our goal is managing the wood type, the supplier characteristics, the ex-fill, the timeframe, our own maturation in our own warehouses, the regular and ongoing training of the tasting panel, our blending, vatting, sourcing, and even the mashbill-to-bottle crafting of our offering. All of this is just a fraction of what we’re working on that we’re doing our best to bring to members. We listen to you, we hear what you’re asking, and we’re always working on improving. The next step in this cask being key to our success is in planning the timeframes with distilleries, and talking to a few now on not just sourcing great spirit to put into our own sourced wood, but also the exacting mash bill recipe that we’re after. Some of the photos pictured here are of our spirits director Kai Ivalo & Euan Campbell working closely with the team at Tevasa and other smaller Jerez sherry houses in sourcing top quality oak and working on our spirits.

We’re not trading on any old name that once held quality stocks, we’re not releasing tartan-clad bottlings filled with 9th-refill blenders stock, we’re not hitting and hoping for the best. We’re planning for it. We’re aiming for excellence in every cask, in every unique single cask offering, in every blended malt or experimentation. We’re challenging convention, surprising palates, and continuing to push flavour to the fore.

The next steps are maturation and monitoring in our own SMWS warehouses which has been ongoing for many years now. This supply is rapidly increasing and the planning for panel assessment on stocks that we won’t see anytime between now and the next 40 years is phenomenal. This will involve multi-layers of planning, multiple panel levels, expert analysis, flaw and feature detection, unique flavours, and one of a kind releases. Then there’s the complexity of bottling predominantly single cask whisky, which in and of itself is a minefield of logistics and bottling complexity: this whole game would be a lot easier if we just had one product instead of thousands! From the depths of 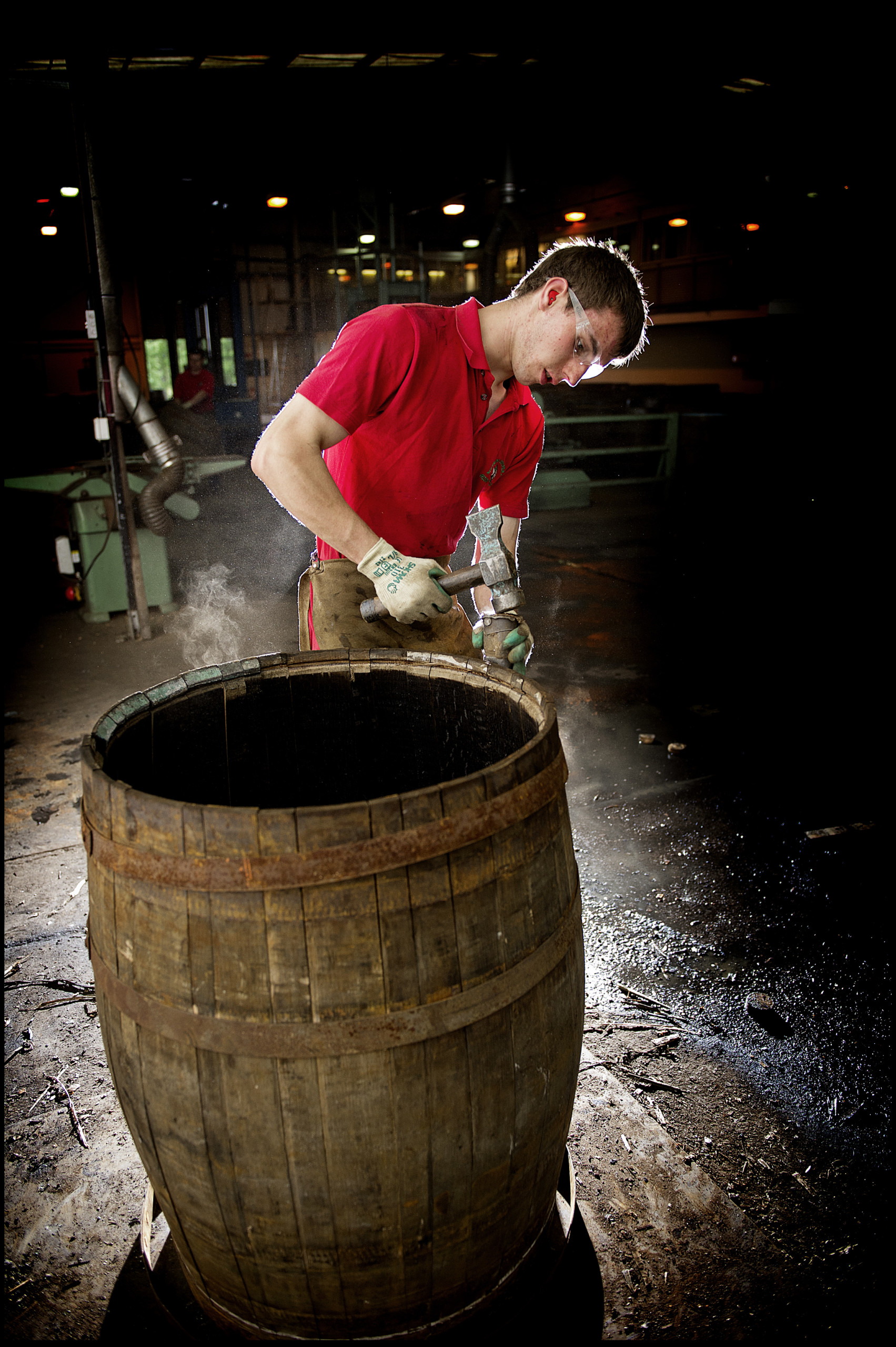 the humble cask many discoveries are found so that we can bring this to members, month after month, and see the growth of fine spirits continue in Australia for members.

This is the part where I say that I owe you, our member, an apology. We really need to be better at communicating this whole part. We already offer that full transparency of what’s in your glass with attributes like cask type, age statement, date distilled, full panel tasting note and more. Where we need to get better is in offering up that fuller story behind each release, where we can. Take a look at the note on Cask 24.153 in this Outturn as an example of what I mean. That’s what I would call our ‘authenticity’. The story of how we’ve developed a relationship to a distillery or cooperage who knows we’ll treat the output with respect, and talk to where that story began, why that provenance is important, what it means from a flavour perspective, and how we communicate that.

After this most recent trip, I’m renewed with a massive optimism for the future of the SMWS, and I look forward to sharing this June Outturn with you as we head into the colder months.