Gone In A Flask

Home/Thoughts and Musings, Unfiltered Magazine/Gone In A Flask
Previous Next

Gone In A Flask

From pigs’ bladders to pewter, the humble hip flask has had an essential role for drinkers through the ages, finds Gavin D Smith.

Most drinking men of a certain age (okay, ageing men like me) will possess several hip flasks, and many younger people own one, too. Often, they will have been presented as an alternative to cufflinks or a pewter tankard by relatives or work colleagues, as graduation, coming of age and anniversary gifts. However, the hip flask should not be seen as something to be consigned to a wardrobe shelf or kitchen cupboard. Take it out and use it! The origins of the hip flask date back at least to the Stone Age, when animal skins were pressed into service, while the sophisticated Romans made them from glass. During the Middle Ages, hollowed-out fruit was adapted, and later, pigs’ bladders filled the same role.

The hip flask as we think of it was developed during the 18th century, and made from pewter, glass or silver, depending on one’s social standing. The classic curve we now associate with the vessel was adopted around the same time. The shape meant that the flask fitted snugly against the curve of the user’s body, in a pocket or waistband. This not only made for comfort, it also allowed the user to go undetected if the alcohol being carried was illegal.

This aspect of the hip flask really came into its own during the period of American prohibition, between 1920 and 1933, and the US authorities went so far as to ban the sale of hip flasks, when figures showed that within six months of prohibition being enacted, more flasks were sold than in the previous decade! This was the golden age of cocktails, and cocktail shakers were also banned from sale in the States. Some hip flasks at the time were designed with three chambers – one for gin, one for sweet vermouth and one for dry vermouth.

Two words which entered the English language, and have remained there ever since, were coined during prohibition. The first was ‘hipster’, referring to one who carried a hip flask in contravention of the law, and the second was ‘bootlegger’, as many men and women concealed their hip flasks in the top of their boots. The latter term became synonymous with the smuggling of alcohol into, and within, the US, and later was used in relation to activities such as the release of ‘bootleg’ music albums.

Filling the flask — size and suitability

When it comes to what to put into your hip flask, the answer is that any spirits will thrive there, but wine or beer will not. Whisky or whiskey are very much the favoured contents, however. In terms of size, flasks range from a single shot 1/1.5fl oz vessel suitable to attach to a keyring, up to the relatively standard 8fl oz, or almost 230ml. However, one online retail platform is currently offering a whopping 67fl oz 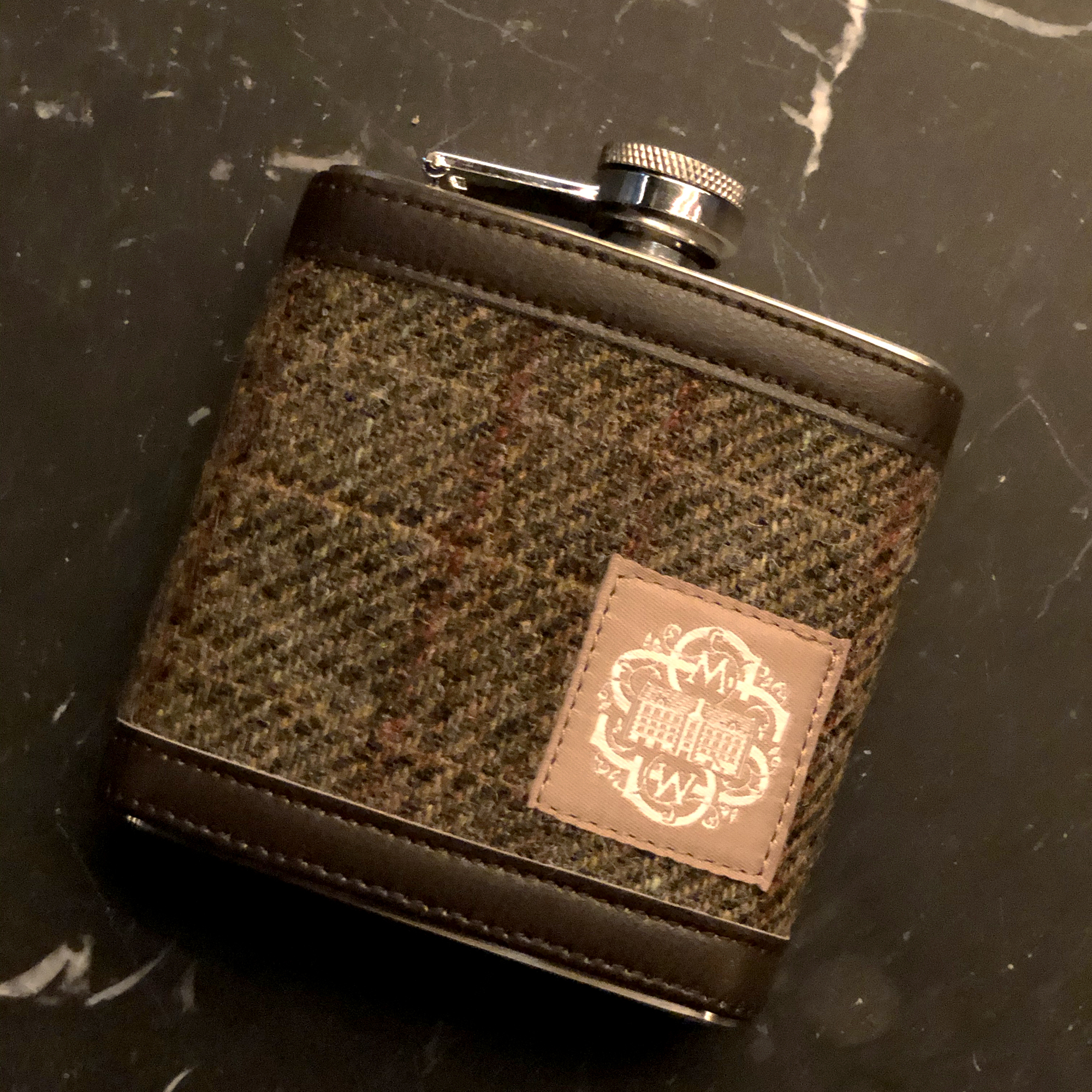 (1.9 litres) hip flask, though the element of concealment is surely rendered null and void if packing such a beast. Due to the narrow neck of most hip flasks – though probably not the 67fl oz variant – whisky aromas tend to be hard to detect, rendering the flavours less vivid. This means that whiskies with more prominent characteristics may be favoured for hip flask imbibing.

Which brings us to an interesting tale told by the inimitable Charlie MacLean. When undertaking sensory evaluation training in the early 90s with Sheila Burtles (see March and April 2022 issues of Unfiltered) Charlie invited her to lunch at the Arts Club in Edinburgh.

There he introduced her to an old acquaintance, the retired judge Lord (Jock) Cameron, who had been born in 1900. At the mention of whisky, his Lordship declared that his father wouldn’t have peaty Islay whiskies in the house. “Don’t misunderstand me,” he added, “he’d have them in the cellar, but he felt they were for drinking out of doors, from a flask, not in the drawing room.”

Indeed, there is something very satisfying about a swig of single malt from SMWS distilleries no. 29, 33 or 129 to celebrate reaching the summit of a mountain, to comfort yourself when the favourite you’ve backed in a steeplechase falls at the last fence, or even just while feeling a chill walking the dog in the woods. And if you need an excuse, you can always borrow a dog…

Unfiltered Magazine is The Scotch Malt Whisky Society’s premium whisky knowledge magazine delivering quality content exclusively to members in an immersive multimedia format monthly. To view Unfiltered #70 in its entirety (as well as all back issues), login and access the members’ portal or join The SMWS today — the world’s most colourful whisky club.