The Spirit Of Sharing

Home/Thoughts and Musings, Unfiltered Magazine/The Spirit Of Sharing
Previous Next

The Spirit Of Sharing

Whisky, in any of its manifestations, has been referred to as the oil of conversation, the philosophic wine and the ale that is consumed when good folks get together. While it is widely accepted that a fine dram tastes better when shared in equally fine company, have you considered that behind the discourse and discussion that often becomes empowered by whisky, there lies some sound science and research? Kami Newton has – pour a dram and find out more.

Imagine an experiment where participants engaged in a number of different activities, one of which was eating one of two types of chocolate in the company of an actor who was posing as another participant. On one occasion the actor would eat chocolate at the same time as the participant, and on another occasion they would not. Although the two types of chocolates were in fact identical, consistently the participant would describe the chocolate in the shared experience to be more enjoyable and more flavoursome, even when the flavour of the chocolate was not discussed until after the experiment had concluded.

This experiment, by Boothby, Clark & Bargh 2014, supported their hypothesis that we enjoy flavour more when we share the experience with another person. However, this raises the question of whether something tastes better when shared, or is the experience simply intensified? For example, would bad flavours taste worse? A second experiment put this to the test, with extremely high cocoa-content chocolate that had been found to be too bitter for most people. Indeed, the results were consistent, with the shared experience also heightening the negative aspects of the chocolate. Why is it that merely sharing a flavour experience would amplify how it is perceived, even when the taste itself does not enter into conversation? Within psychology there is a long history that has attempted to understand how we influence each other’s thoughts and emotions. It has been demonstrated how a shared experience creates a stronger memory of an event (Eskenazi et al 2013) and how sharing an experience promotes behavioural imitation (Shteynberg & Apfelbaum, 2013). Have you ever been at a tasting when someone mentions a flavour such as cherry, then as if by magic all you can now taste is cherry?
While the swirling complexity of whisky chemistry may seem like a powerful amplifier in its own right, the very act of sharing creates a change in a different type of chemistry, the chemistry of hormones within the body.

Often mislabelled as the love hormone, oxytocin plays an important role not only in bonding, empathy and building connections, but also in jealousy and suspicion. It is oxytocin that is the powerful cement that bonds a mother to child and vice versa.

The release of oxytocin

However, this is where it gets very interesting for all those distributors of drams out there. In 2014 Wittig et al devised an experiment not on whisky drinkers, but on our companions sitting at a different table in the evolutionary members’ room…chimpanzees. In this experiment, they measured the release of oxytocin in a group of chimps while the primates engaged in various normal activities. One such activity was sharing food. 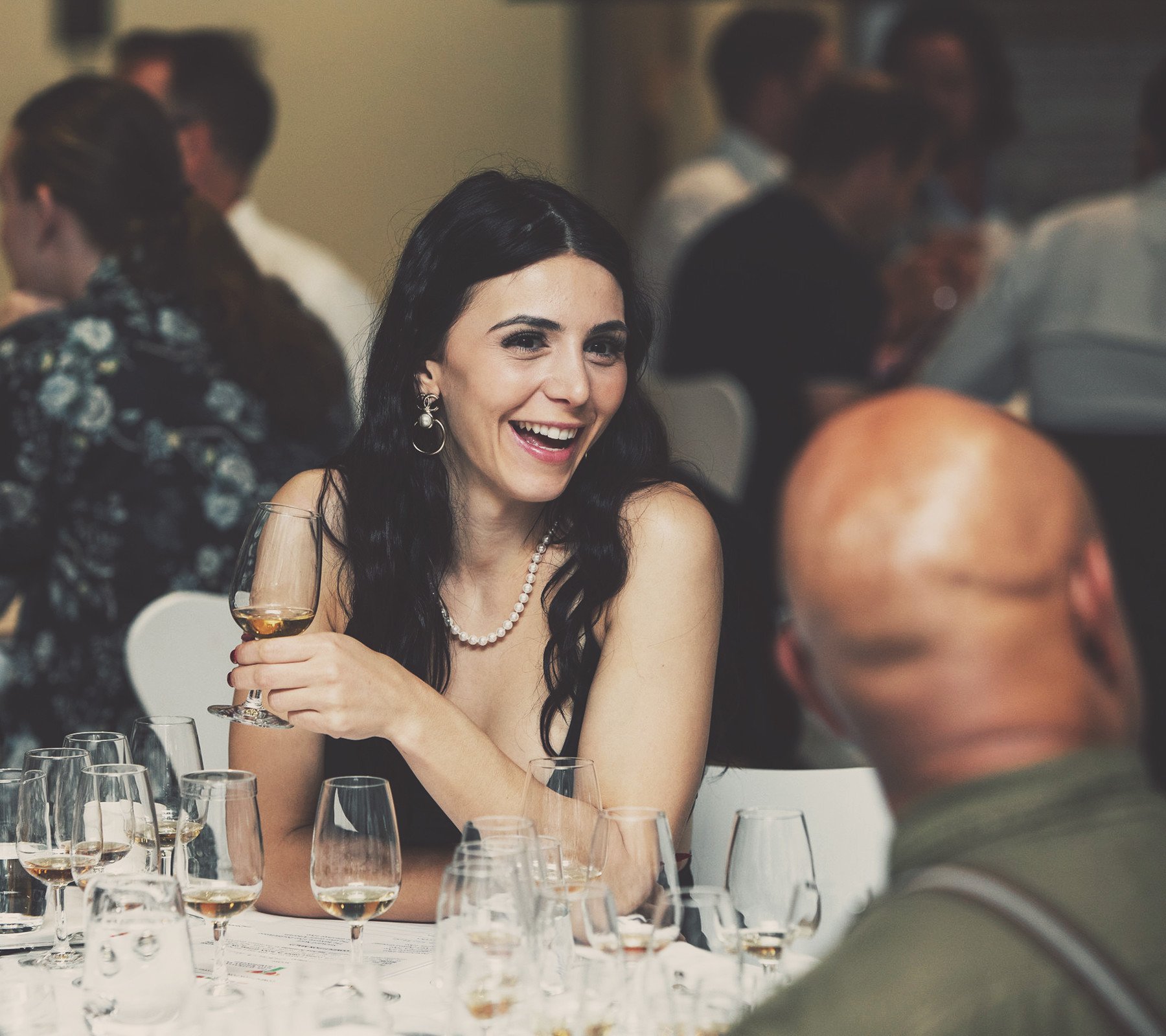 The experiment demonstrated that oxytocin levels were significantly raised in the chimps when they shared food with each other. The very act of sharing the food was helping to establish bonds and social connection between the chimps. Something that perhaps relates to us homo sapiens was the fact that chimps share food between kin but also between non-kin. This translates into food sharing being a catalyst for social bonding between both family members and non-family members.

Under the right circumstances, when oxytocin is released into our brains, it has the ability to promote pro-social behaviours such as empathy, trust, constructive communication and positive memories. It often works alongside serotonin and dopamine to initiate those feel-good feelings. Like the maturation of fine whisky itself, it has been studied in great depth, yet there remains much more to be understood.
As face-to-face social bonding re-emerges from the isolation of lockdown, it is the perfect opportunity to share a dram and spare a thought for the chemistry that is occurring not only within the glass – but within your own body.

Unfiltered Magazine is The Scotch Malt Whisky Society’s premium whisky knowledge magazine delivering quality content exclusively to members in an immersive multimedia format monthly. To view Unfiltered #70 in its entirety (as well as all back issues), login and access the members’ portal or join The SMWS today — the world’s most colourful whisky club.