In Praise Of Youth: What does age mean anyway?

Home/Thoughts and Musings/In Praise Of Youth: What does age mean anyway?
Previous Next

In Praise Of Youth: What does age mean anyway?

You’ve probably heard the saying, “You’re only as old as you feel.”   It’s often accompanied by its colleague, “Age is just a number”.  And ain’t that the truth when it comes to whisky!

In the context of whisky, your perspective on age is probably a function of when you started drinking the stuff.  If it was over 30 years ago, then a whisky’s age statement wasn’t much of a big deal.  The vast majority of whisky available was either blends without an age statement, or humble single malts with age statements anywhere between 8 to 15 years. 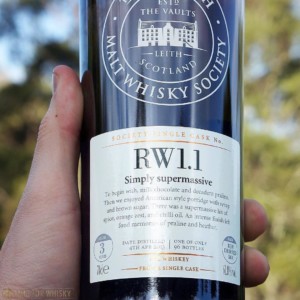 If you’ve come into whisky more recently, say in the last one to nine years, you’ve been confronted with a very different situation.  The single malt category has exploded; the whisky loch dried up years ago; the cost of sherry casks went through the roof; and the market completely transformed and changed – internet sales, auctions, the secondary market, collectors and “flippers” led to distilleries and brands realising there was a market for uber-premium releases that could be priced in the tens of thousands of dollars.   In a nutshell, two things happened:  (1) aged whisky suddenly became rare and expensive, and (2) we witnessed the rise of the NAS whisky.  (NAS = No Age Statement).  For reasons of both affordability and availability, recent converts to whisky also have an unfairly skewed view of old whisky, but it’s inversely based and driven to that of the drinkers who benefitted from the whisky loch.

In today’s whisky world and market, there is now an unfair and somewhat unjustified glorification of old whisky.  Many consumers, sadly, still equate price with quality, and the high price commanded by old whiskies has led to the misguided belief that “older is better”.   Many drinkers shun the NAS releases, not bothering to get out of bed unless their whisky has an age statement of 12 or 15 years!

The sad thing here is that such people are robbing themselves of some stunning whisky.  And to understand this further, we only have to turn back time…

The fact is, 30 years ago, we were generally drinking young(er) whisky.  The biggest selling whisky in the world, Glenfiddich “Special Reserve” (pictured) was for many years bottled as an 8yo.  Eight years was evidently a significant number at the time, with many other single malts bottled as an 8yo.  10yo and 12yo releases were considered “extra aged” !  No one was complaining at the time, but somewhere along the way, we’ve lost sight of the fact that whisky less than 10 years old can still be a delicious and wonderful experience. “As whisky spends more time in the cask, the original character and tone of the spirit is lost as the oak overtakes and consumes…”

Of course, all this has context in light of the many younger casks being bottled by the Society.  As whisky spends more time in the cask, the original character and tone of the spirit is lost as the oak overtakes and consumes.  Younger whiskies thus better display the character and house style of a distillery.  After 20 years in wood, two different whiskies – say two Speysiders – will be harder to discern and identify, as the original fingerprints have been obscured by the oak.  However, at eight or nine years old, a knowledgeable palate will readily detect, say, the meatier, more robust spirit from, say, a Mortlach or a Craigellachie, from the light and fruitier Cardhu or Knockdhu.  At these younger ages, the spirit can be more vibrant and free from tannins.

There was a perception around 25 years ago that whisky had to spend longer in the wood because there was less understanding about the science of maturation and – generally speaking – a distillery’s wood management regimen was less advanced.  Today, however, distillers have a much greater understand of wood; cask quality is better than it’s ever been; and an increasing amount of spirit is filled into 1st fill barrels.  Casks that once may have been filled three or four times without treatment are now being re-juvenated (dechar/rechar) after just two fills.  What it all means is that whisky is maturing faster and getting to better levels of maturity than it may have just a couple of decades ago.

The Society’s recent bottlings are testament to this – quite a number of youthful Speysiders between 7 and 10 years old have been released and, frankly, they’ve been stunning.  We’ve also seen some youthful Islays, which is fantastic for peat fans, because peat and smoke both diminish with years in the cask and so a younger Islay is, in fact, a peatier, smokier whisky.   The Society has also bottled some “new world” whiskies and other spirits, where warmer climates accelerate the maturation process and necessitate the whisky being bottled at younger ages than seasoned Scots would be accustomed to.

Age is indeed a number – but don’t hang your hat on it.  And certainly not your dram.

Some fantastic recent single cask releases from the Society that showcase a youthful look at age well worth a dram (or whole bottle) of: