How do the SMWS flavour profiles work?

Home/Uncategorized/How do the SMWS flavour profiles work?
Previous Next

How do the SMWS flavour profiles work?

Ask any member about their first experience of walking into a Society partner bar or Members Rooms and you will inevitably hear about the bewildering choice offered by those seemingly inscrutable green bottles.

Indeed, even for the seasoned member, each new Outturn represents such an embarrassment of riches that it is often difficult to know where to start. The Society’s 12 flavour profiles provide another layer of information to help whisky-lovers navigate the hundreds of Society bottlings released each year, as UK Whisky Coordinator Euan Campbell explains.

“The flavour profiles are deliberately very broad strokes,” he says. “Rather than trying to describe exactly what makes a whisky special – which is still the job of the tasting notes – they’re simply a way of navigating the whiskies, so you can begin to pin down what you’re looking for.”

But why not simply use the whisky regions as a broad indicator of character? “We felt grouping the whiskies by region wasn’t actually that useful,” continues Campbell. “Because of the unique nature of single casks, we’ll very frequently bottle whiskies that don’t fit in with the regional stereotype, let alone matching that specific distillery’s standard profile.

“By grouping bottlings together under categories that actually tell you something about their character, we’re also encouraging people to try whiskies from regions they may not have previously considered.”

The profiles were originally a tool used by Society ambassadors behind the bar and in the telephone sales team to get quickly up to speed with each new Outturn. One the decision had been taken to move away from more traditional regional grouping, Euan and the team quickly realised that they already had a tried and tested system that could be developed for use by members.

Each of the 12 profiles is colour coded for ease of reference, and range from Light & Delicate to Heavily Peated. Though it’s perfectly possible to have a dram that is ‘old & dignified’ and ‘peated’, the profiles were chosen to pick out the dominant characteristic of each bottling.

The idea of agreeing a common language for describing character is, of course, nothing new. The standard ‘flavour wheels’ widely used by blenders and other industry professionals set out agreed points of reference – such as “leathery”, “medicinal”, and “vanilla” – which act like waypoints on the complex landscape of flavour. While perhaps not as evocative as the Society’s tasting notes, these more objective descriptions are invaluable when trying to convey an accurate description. Society operations manager for the UK Jan Damen says the new profiles have been well received by members and already become part of the conversation.

“There was a period of adjustment I think, and we’re certainly not prescriptive – if people want to ask for recommendations by region, the ambassadors behind the bar won’t just look at them blankly! In practice, the profiles serve as a useful reference point on both sides when we’re suggesting whiskies,” says Damen. “Of course, that’s particularly important for members who may not have access to partner bars or members rooms to try before they buy. While the detailed tasting notes reveal the soul of the whisky, it’s tremendously reassuring to have that basic, top-line description of what to expect.” 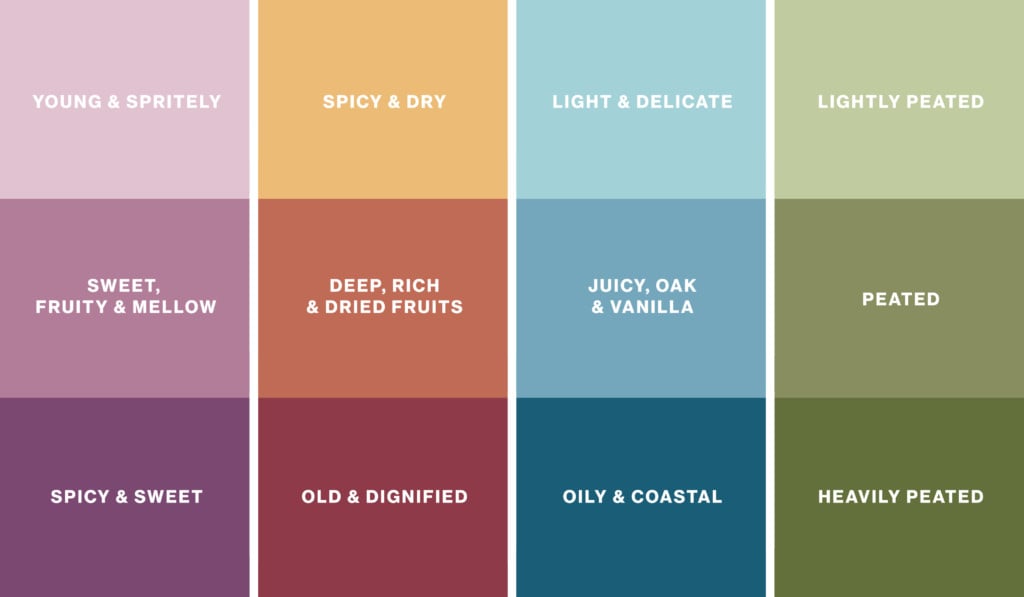