A MOST INGENIOUS PARADOX

A MOST INGENIOUS PARADOX

These little column articles of mine have had a strong nostalgic theme running through them over the last few Outturns, and it’s been great to receive some comments and feedback from members who’ve expressed similar memories, experiences, and ideals. There’s a certain paradox to whisky – as much as the industry advances and progresses, there is much that remains rooted in tradition and memories.

To my mind, at least, there’s another paradox that’s emerged in the whisky industry in recent times and, in fact, it’s a reversal of how things were just a decade or two ago. I refer to the relationship between OB’s and IB’s. For those not up with the lingo, they’re Official Bottlings (the commercial releases put out by the distilleries and chiefly available at your local) and Independent Bottlings (such as those released by the Society, whereby a third party unrelated to the distillery acquires and bottles its casks).

Not too many years ago, certainly in Australia, the OB scene was simple and the IB scene was considered complex. If you went to your local bottle shop to pick up a whisky from your favourite distillery, you simply chose whichever OB you wanted – for example, either the 12yo or the 18yo. Meanwhile, the IB’s offered these strange things called single casks, which had different and higher ABV’s; the cask types were often different; and there was a limited number of bottles; and the labels and names were all different. IB’s needed explaining, and there was an inference – either real or perceived – that you had to “work your way up” to an IB whisky. 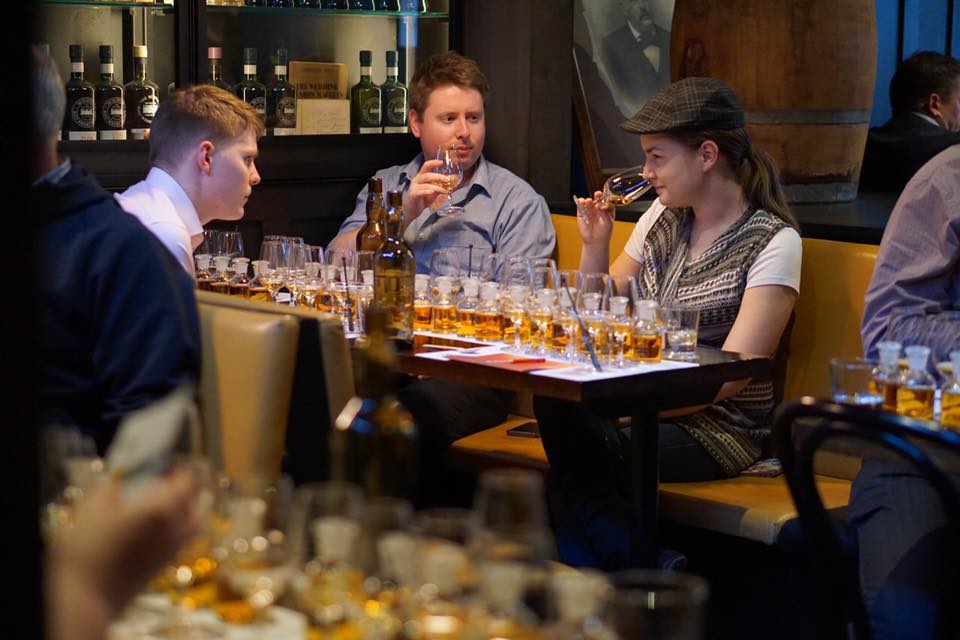 Today, in my opinion at least, independent bottlings – and most definitely the Society’s whiskies – offer delightful simplicity compared with the OB scene. Pick up a Society bottle and its style and flavour has been condensed and described to you via its nominated Flavour Profile. The type of cask it was matured in is printed clearly on the label. Its age is proudly stated and in big numbers to be seen; and the number of bottles that came from the cask is also happily shared. No secrets and no ambiguity.

I consider this to be in stark contrast to the ever-increasingly confusing world of OB releases where names and packaging change as frequently as Australian prime ministers; NAS whiskies with meaningless names are sold at higher RRP’s than their age-statement superiors; marketing fluff and obscure “points of difference” litter the packaging; and the flavour profiles of certain brands and age statements change to the point where you’re not quite sure what you’re getting until you get home and crack the bottle. (For example, the OB release of Glen Bagpipe 10yo used to be heavily sherried; now it’s 100% ex-bourbon). What are consumers to hang their hat on?

There’s a third paradox in all of this: whilst no two Society releases will ever be the same, and the Society celebrates diversity by virtue of the single cask, there’s a constancy and a comfort in the enduring consistency of knowing what you’re getting from the Society. Fifteen years ago, there was possibly a misconception that whisky drinkers should work their way up to Society whiskies. I’m increasingly convinced that whisky lovers should start with the Society. Because once you start, you’ll never need to look anywhere else…

(this article originally appeared in our May 2019 Outturn)