The Launch: The Gresham joins the Society as Partner Bar

Home/Uncategorized/The Launch: The Gresham joins the Society as Partner Bar
Previous Next

The Launch: The Gresham joins the Society as Partner Bar

It’s official: The Gresham has successfully partnered with the Scotch Malt Whisky Society in being the latest Partner Bar in Australia to serve up our single cask delights for members and non-members.

The Gresham, barely three years old as a venue, is set on the corner of Queen St and Gresham Lane in Brisbane CBD and in that short time has already established itself as a landmark venue of spirits excellence. Ryan Lane and his team are excited to be a part of it, “It’s been a long time coming, but we’re proud to be the exclusive Partner Bar for the SMWS in Queensland”.

Cask 33.133, a stunning eight year old Islay cask released to members earlier this year, was officially opened at 3pm for the launch and was completely empty by 7pm that evening. These casks aren’t going to hang around with the enthusiasm from members and patrons, or as Ryan Lane puts it, “Welcome to The Gresham!”.

The Gresham is open 7 days a week and is located at 308 Queen St, Brisbane, QLD Australia. Members from all over Queensland, Australia, and the world can just flash their member card for a nice 15% off all Society drams at the bar. The bottles are now officially open and being served! 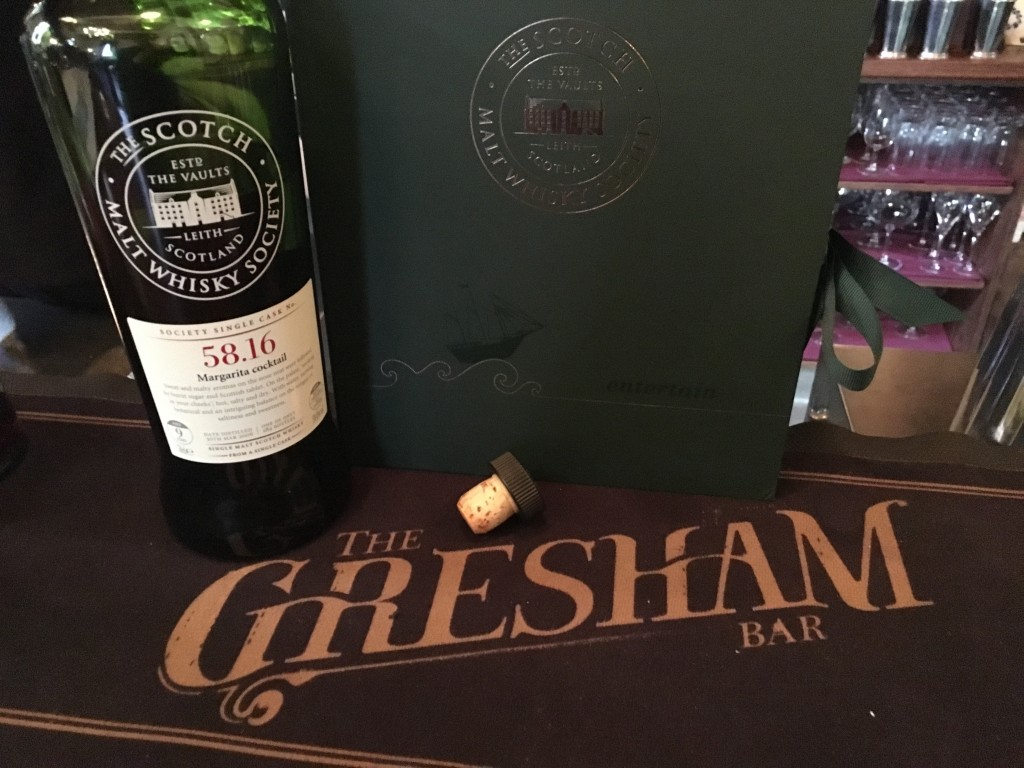