OBE, or ‘old bottle effect’ lest anyone confuse it with the Queen’s birthday honours, is something of an enigma. It clearly exists in the world of fine wine, but what of whisky? Tom Bruce-Gardyne investigates. 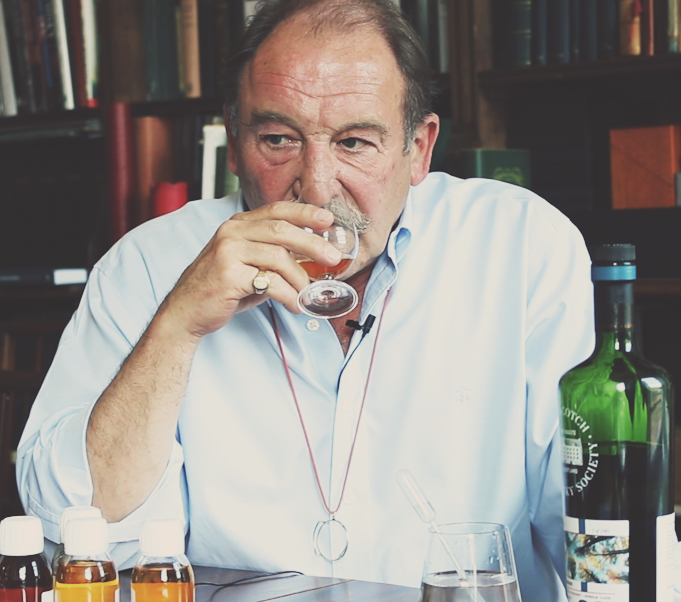 Is the character of a whisky completely locked in at the moment of bottling, never to change – or might it evolve in some way after decades in glass?

Some are convinced it can happen, others are rather more sceptical. Justine Hazelhurst, co-founder of the Fife Whisky Festival and leader of numerous whisky tours around Edinburgh and Fife, is in the former camp. Her tours often feature a ‘then and now’ tasting, comparing a bottle of modern-day Teacher’s Highland Cream for example, with one from the 1960s bought at auction.

Aside from any changes to the blend that may have occurred over time, she feels something does happen in those older bottles, at least sometimes. Although she cheerfully admits that there’s nothing scientific about her feelings, and says: “It’s a bit like God, I suppose. You might believe, but you can’t prove the existence.” 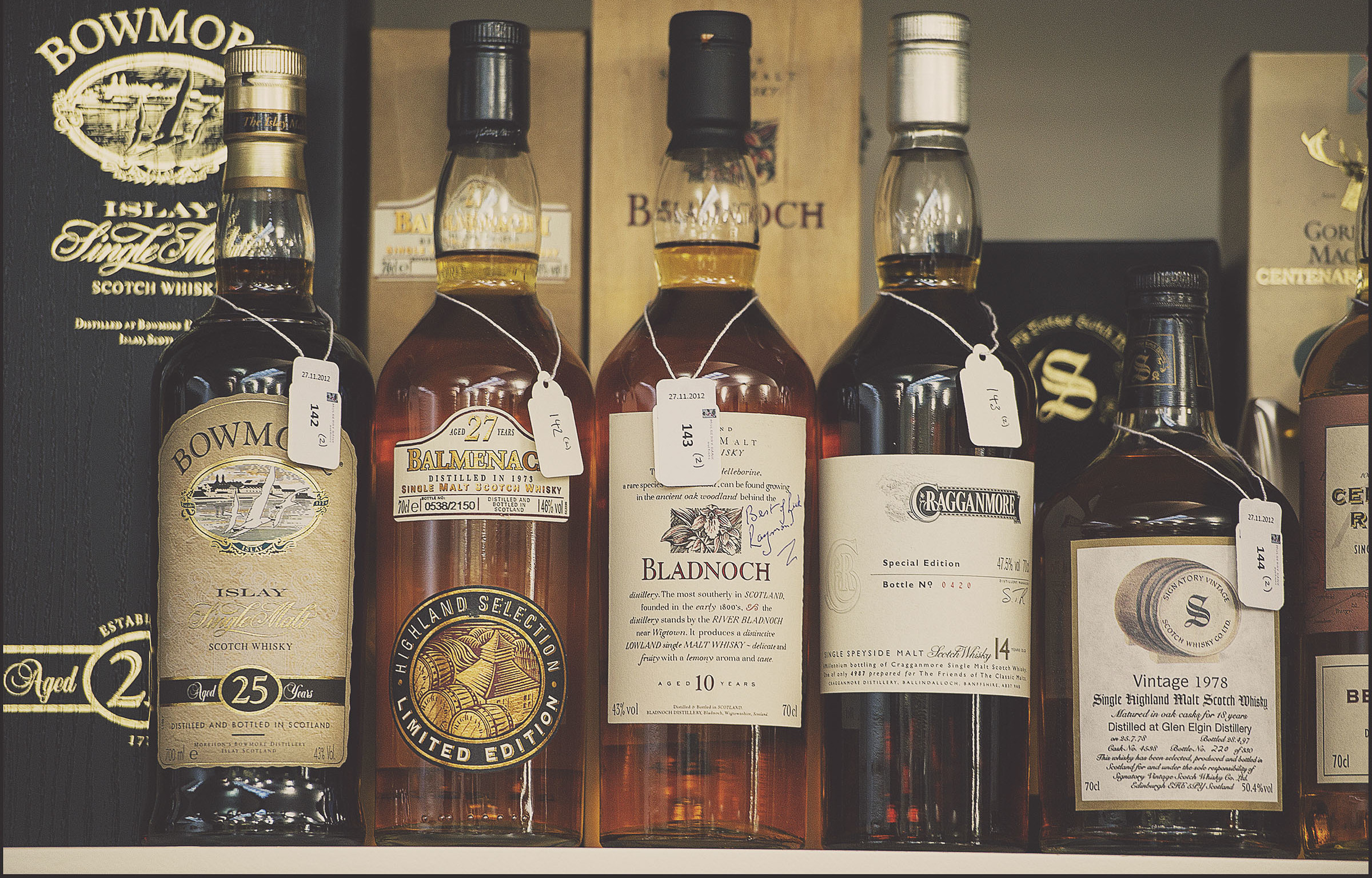 On the issue of OBE, who better to ask than whisky writer Charlie MacLean MBE, who has nosed and tasted more rare bottles than most of us put together. “Many connoisseurs believe in OBE, but it is impossible to measure, since we do not know what the whisky’s flavour profile was when it was bottled – no comparisons can be made,” he says. “There is no doubt that whiskies made in (the) 1960s and earlier were different owing to the changes in production mainly in the 1970s.

“For what it’s worth,” he adds, “Robert Hicks [Ballantine’s former master blender] once told me that they had a rule than any bottles of Ballantine’s unsold for five years must be returned to their HQ in Dumbarton/Alexandria for disgorging and re-bottling, which implies they believed the liquid changed. However, this had never been done – no distributor worth the name would have stock unsold for five years.” 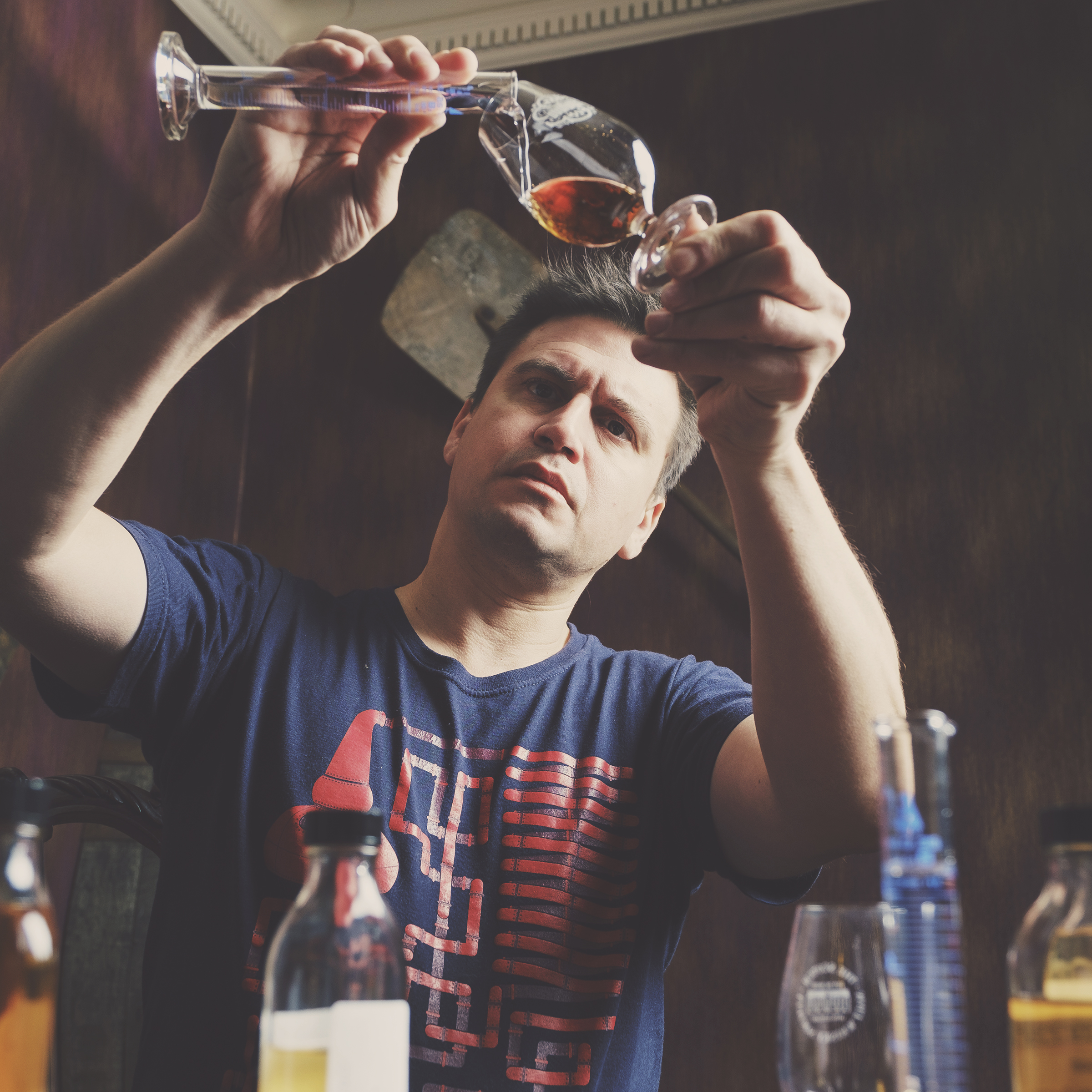 Dr Andy Forrester, the Society’s spirits educator, wonders if that rule at Ballantine’s had more to do with changes in packaging than the actual whisky. As a self-declared sceptic on OBE, he gives a basic intro into oxidation in whisky. “Ethanol goes to acid and then ultimately to esters, which can be fruity, floral compounds. That, very simplistically, is the oxidative pathway in maturing Scotch whisky,” he says. It clearly happens in the cask, but the question is to what extent it happens, if at all, in the bottle in the interaction between the liquid and the small headspace of air beneath the stopper. You can increase the interaction by simply drinking half the whisky. Given that most flavour compounds are volatile to some extent, some would eventually be lost to the headspace.

“It’s the same with an imperfect seal,” says Andy. “The loss of volatiles would explain the flattening and dulling effect on the vibrancy of the spirit.” But if you take an unopened bottle that is securely sealed, the amount of air is tiny, and if anything’s going on it takes a long time to show itself.

In 2011 Richard Paterson, then master blender at Whyte & Mackay, lowered his famous proboscis into a glass of Mackinlay’s Rare Old Highland malt from a bottle that the explorer Sir Ernest Shackleton had left in the Antarctic a century earlier.

“The only thing that had affected the whisky was a little seeding of the cork, and apart from that it was in mint condition,” he says. So, no evidence of OBE on that occasion, but the bottles were properly corked, wrapped in straw and above all buried deep in the ice. That permafrost would have slowed down any chemical reactions in the bottle. If Shackleton had explored the Congo as well and had dumped some Mackinlay’s in the steamy heat of the jungle, you could do a fascinating comparative tasting. Sadly, he didn’t.

There are wines made for long-ageing that take years to develop those earthy, forest floor aromas in old Burgundy, or petroleum jelly in old Riesling, whose fans have been dubbed petrolheads as a result. These wines will climb to a peak and then decline and die, while whisky soldiers on forever, supposedly, thanks to being well over treble the strength. Even Madeira at 17-22% abv seems almost indestructible compared to an unfortified wine.

Scotch stashed in the attic for decades, heating up and cooling down with the seasons, will age quicker, and some bottles might lose their airtight seal, allowing those volatile aromas to escape.

Yet whisky is not immune from the effects of its environment. Scotch stashed in the attic for decades, heating up and cooling down with the seasons, will age quicker, and some bottles might lose their airtight seal, allowing those volatile aromas to escape. Direct light can make a whisky paler though “natural colour tends not to fade in sunlight, unlike caramel colour,” says Dr Andy. “And gantry lights on a half-open bottle in a bar will take a lot of the body and character out of it,” adds Richard Paterson. “With old bottles that have been kept for many years, you can get a dumbness or shell-shock from all that time in glass,” he continues. “So, you need to swirl it around and let it breathe.” 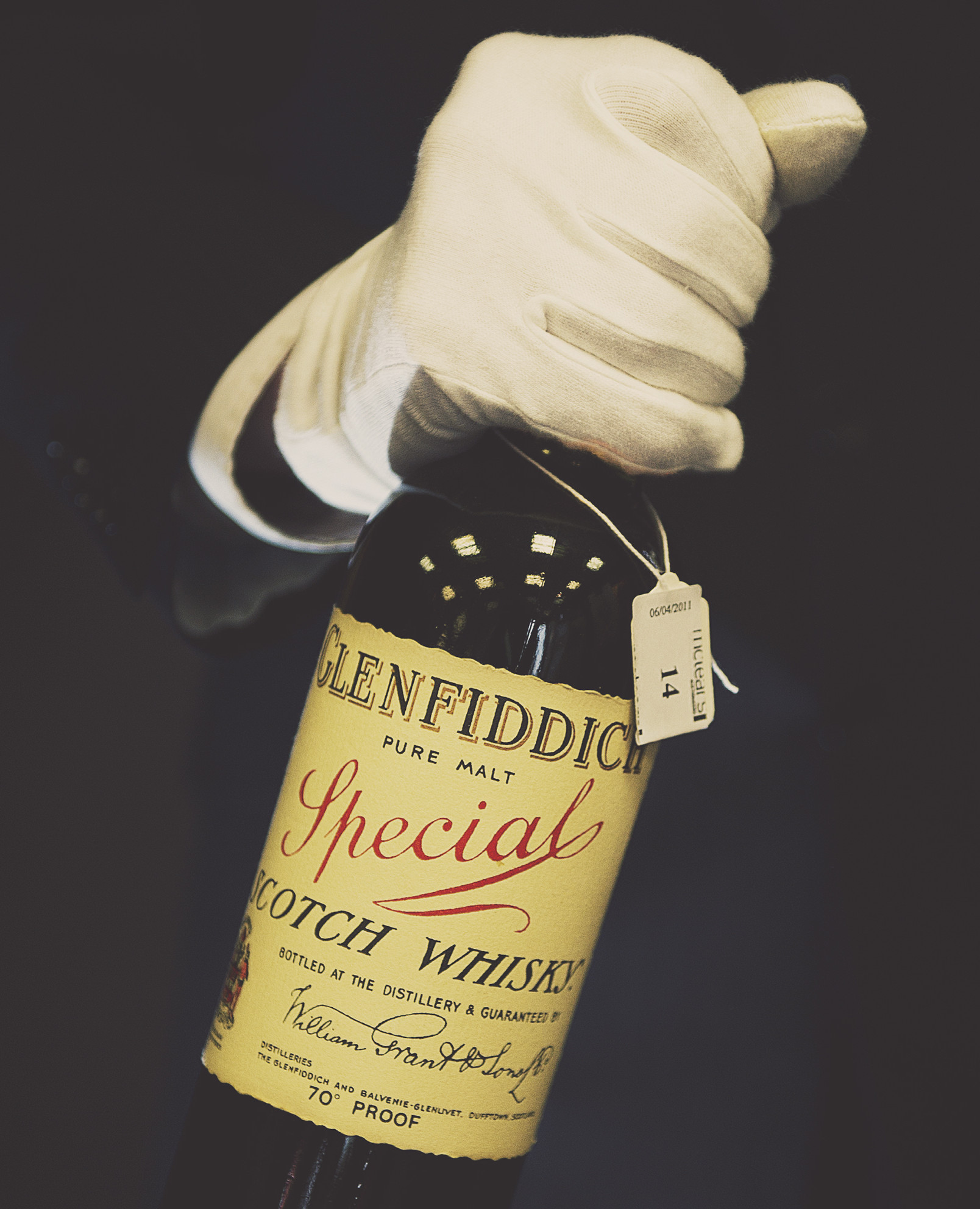 Justine Hazelhurst has noticed a similar effect with her old bottles, that on first opening can be unspectacular. “But I’ll come back three or four weeks later and something will have changed, like it’s woken up,” she says. “But then it’s so subjective, because I might be in a different mood.”

One old blend she opened stood out for all the wrong reasons. “It was a bottle of Mackinlay’s Legacy with an aroma of liquefied mushrooms, with a hint of balsamic,” she recalls. “It was undrinkable!”

She wonders if it has been stored somewhere warm, but Dr Andy suspects foul play. Fake whisky churns through the auction houses, like the bottle claiming to be Laphroaig 1902 he once tried. “I nosed it and it smelt of rotten drains,” he recalls.

If you ever get something that bad wafting from a dram poured from an old bottle you have bought or been given, one thing’s for certain — we’re not talking OBE.

Unfiltered Magazine is The Scotch Malt Whisky Society’s premium whisky knowledge magazine delivering quality content exclusively to members in an immersive multimedia format monthly. To view Unfiltered #60 in its entirety (as well as all other issues), log in and access the members’ portal or join The SMWS today — the world’s most colourful whisky club. 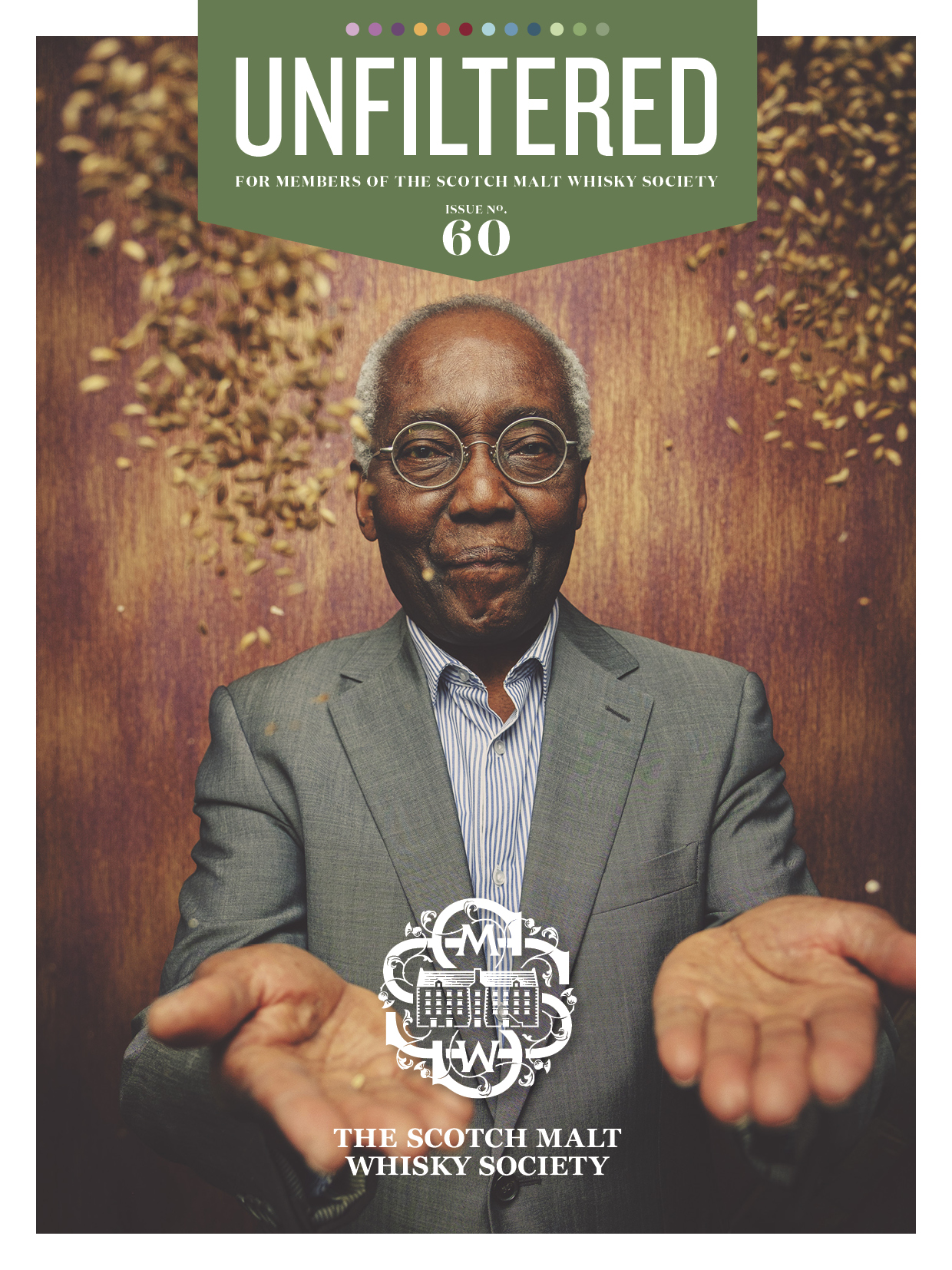