In the world of whisky, especially in this month’s context with wine, there’s often tasting notes, phrases, and words thrown about that might need some definition. Let’s decipher some of those to make sense of it all:

A cask that has previously held wine, anywhere between a couple of months to a couple of years usually. In some old winemaking regions, some ‘wine casks’ can be sometimes thousands of litres in size, but most wine casks, especially in Australia, are a mixture of French and American oak, and are around 200-225L in size. The wine industry standard of 225L usually produces a good square 25 cases of wine, so accountants love them too.

Terroir (no, not terror) is a French word to describe the environmental factors that affect a crop, a field of grapes, and specific growth habitat. Collectively, these factors then create a character quite specific to either the vineyard or wider maturation geography. Aspects like climate, soil, topography, and surrounding flora & fauna all play a part here.

The mildly controversial part of terroir in winemaking is the question as to what role viticulture and winemaking have in shaping it. The even more controversial question around terroir is how much of a role, if any, does it have in shaping whisky! Practice your pronunciation of ‘terroir’ to sound rather sophisticated at your next whisky gathering.

Tannins are probably the most misunderstood part of nature. They are everywhere. Tannins are a group of bitter and astringent compounds and can be found in wood, bark, leaves and the fruit of plants as various as oak, rhubarb, tea, walnut, cranberry, cacao and… grapes. It’s not all bad though: tannins are often prized in food or drink. Their bitterness and astringency, when managed well, can be rather pleasant. Examples include tea, coffee, dark chocolate and, of course, wine.

That grippy texture that binds with our saliva can be a pleasant texture, especially when you find an incredible pairing of wine and a good steak! However, not all compounds work in harmony, and whisky usually suffers from being sometimes too tannic from the overuse of a wine cask. In moderation, and preferably from a wine cask that hasn’t had heaps of maceration, will provide a desirable result. Hence, wine casks in whisky are usually best used as finishing, extra maturation, or short maturation times.

A fancy French word for ‘barrel’. If we’re being really specific, usually it would mean a new oak Bordeaux-style wine in a ‘small oak’ barrel, or ‘barrique’. 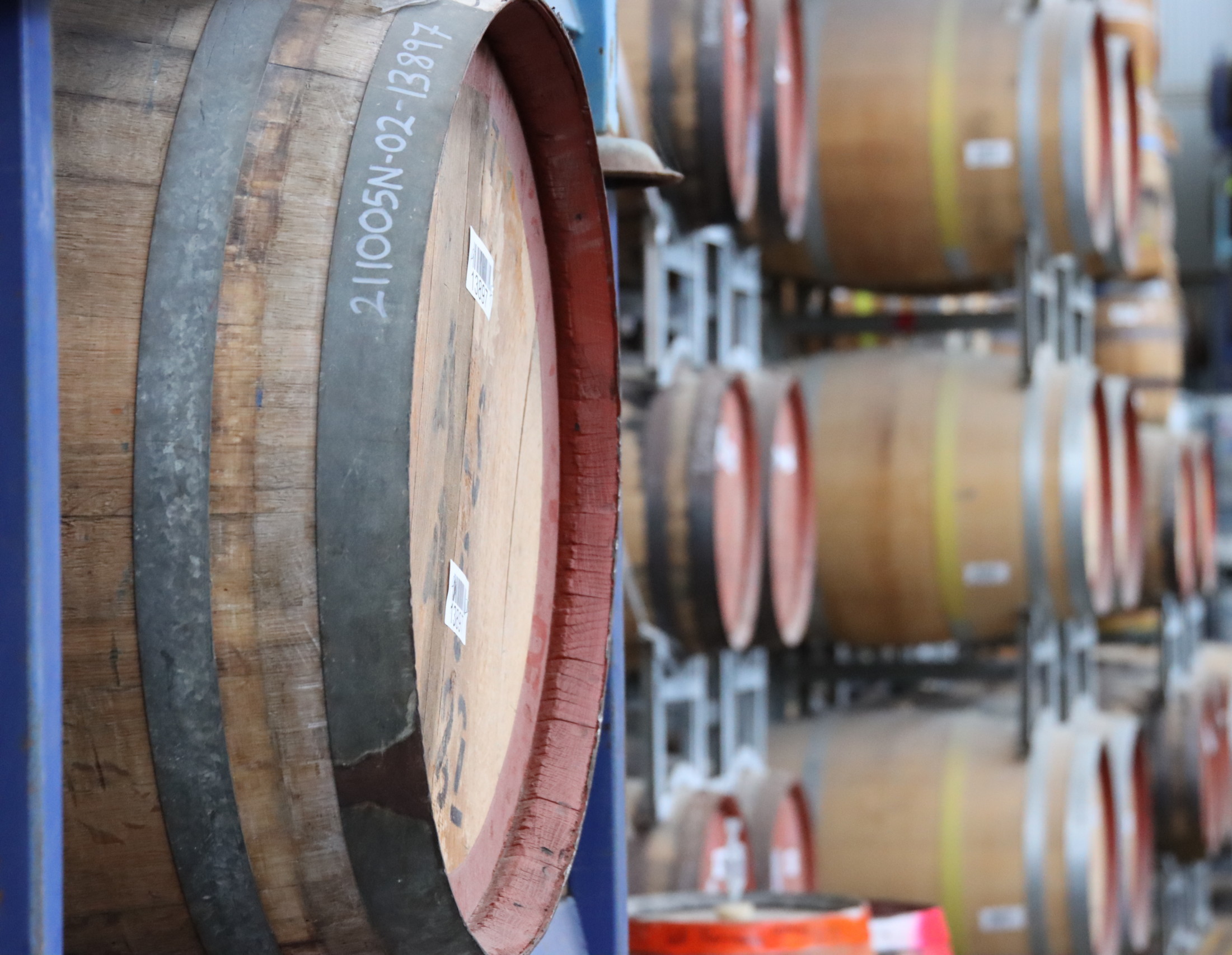 Sherry casks, used in the context of whisky maturation, usually come from sherry seasoning houses, and very rarely come from old sherry bodegas. The sherry made from the seasoning houses often ‘seasons’ the casks for 9-24 months, sometimes longer, before being re-used for the next batch of casks, then that sherry will be distilled into sherry brandy or used to make vinegar for the commercial trade. It’s not sold as sherry, nor would it be very desirable for consumption before being distilled. The old romantic notion of sherry casks sitting slumbering away in old Spanish bodegas before being filled with new make spirit, especially in today’s day and age, is a myth.

Bodegas making actual sherry don’t have any need (or desire) to remove those casks from their solera system, and overall maturation consistency doesn’t stack up nor provide any benefit to the end result (unless you want your whisky to taste JUST like sherry, in which case, just drink sherry!). However, not all sherry seasoning or sherry cask supply is the same. Smaller boutique sherry houses that that season or cycle sherry casks are often more desirable than the bigger mass-produced sherry houses, and the SMWS is very proud to work with some of the very best out of Jerez for our own maturation policy.

STR is an acronym for ‘Shave, Toast, Rechar’. This method of red wine cask rejuvenation was pioneered by the late Dr Jim Swan and through his work has been used at a vast number of new world distilleries to bring a new level of maturity to younger whiskies. Kilchoman, Penderyn, Cotswolds, Kingsbarns, Kavalan and others have embraced STR casks, and I suspect many more ‘old world’ distilleries will be embracing this technique. A lot of research and development has gone into making younger whiskies perform better, sooner. Worldwide demand for sherry has been in decline since the 1970’s, but the demand and interest in Scotch whisky matured in sherry casks
has been increasing ever since. You see the problem here? One solution here was to use pax. Paxarette is boiled-down Pedro Ximinez grapes which is then infused with grape essences creating a rich, thick, molasses-like liquid which can be injected into casks with air compression and creates a form of rich sherried-seasoned casks, providing a much richer (if not misleading) profile to the cask to mature the spirit.

The use of Paxarette in Scotch whisky dates back to the late 1800’s, but leading sherry producer Byass is widely regarded as being the founder of paxarette for widespread use in whisky maturation in the late 1970’s. However, the Scotch Whisky Act of 1988 banned its use in Scotch whisky entirely, only allowing spirit caramel to be added to alter the colour of the spirit (something we don’t do at the SMWS at all). You only have to take a cursory glance at a sherried whisky from the 1980’s vs one today to see the colour difference that decision made. We don’t really see its use in Australian whisky, but some new-world producers out of places like Taiwan, England, and elsewhere aren’t bound by the rules of the Scotch industry, so they still use paxarett – not that they’d readily admit it…

I hope that you’ve picked up something from the above terms and words and can confidently talk more on it when asked at your next home tasting!