An island treasure – but not from Scotland

An island treasure – but not from Scotland

The way some British patronise other nations, I often wonder whether Queen Victoria still reigns. People persist in trotting out the story of the label boasted: ‘Made from Scottish Grapes – Finest Speyside Whisky’. Everyone ‘knows’ that this label existed, but one has actually seen it.

Other Japanese products having been routinely mocked and then greatly admired, I was extremely curious when I had my first opportunity, in the 1970’s, to taste a whisky from the Land of the Rising Sun. I sampled several more during that decade, but always in London.

It was quite clear to me that Japanese whiskies were no joke. At that time, they were all blends, and – paradoxically – that was their limitation. Where a blender in Scotland had the possibility of drawing upon 80 to 100-plus malts, his counterpart in Japan would be lucky to find half a dozen native samples. The Japanese blends thus lacked complexity, but their malt character was excellent.

When I finally visited Japan in the 1980’s, I expected to find well-equipped distilleries and knowledgeable blenders. My expectations were met and far exceeded. ‘A country of contrasts’? All countries are, but surely none more than Japan. In its distilleries, the contrasts are visually dramatic. While England, Wales and Scotland share the one island, and the two versions of Ireland another, Japan spreads itself across four main islands. Tokyo and all but one of Japan’s distilleries are on Honshu, which is by far the biggest and most populous island. Nikka’s original malt distillery at Yoichi stands alone on the northern island of Hokkaido. 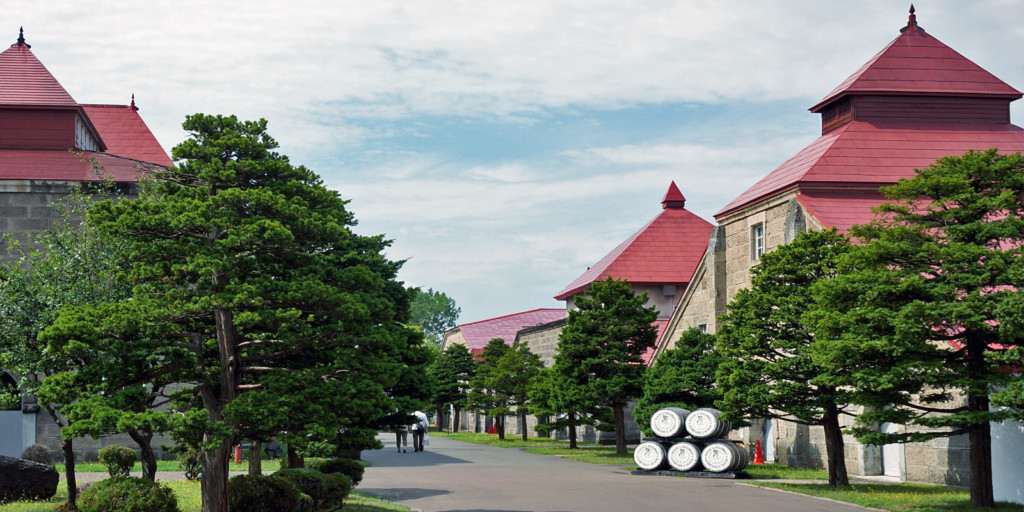 Superficially, it is easy to perceive Honshu as England and Hokkaido as Scotland. Being islands, they are clearly separated. While both are mountainous, and each can be cold, Hokkaido more readily evoke images of ice, snow, frontier country and wilderness. There are also measurable similarities between Scotland and Hokkaido. The size of each in land area is almost identical: Scotland has 30,414 square miles; Hokkaido 30,314. Thus, in land area, Scotland represents about 26 per cent of the United Kingdom, while Hokkaido amounts to 22 per cent of Japan. The population of each is also very close: Scotland has about 5.2 million; Hokkaido around 5.4.

Having studied in Glasgow, and worked briefly at Campbeltown and Longmorn, Masataka Taketsuru had encountered the Lowlands, the Highlands and Speyside. His first job upon his return to Japan was to create a whisky for the company that employed him. Judging from the results, the inspiration seems to have been Speyside. Taketsuru wanted to make something more ‘Scottish tasting’. Was his personal taste closer to Campbeltown, the coasts and islands?

To see for myself, I took the 90-minute flight from Tokyo to Sapporo, the main city of Hokkaido. There was then a journey of a similar duration, beyond the port of Otaru (noted for its 300-year-old canals), to Yoichi, a small resort (population 27,000) with herring fishing – and the distillery that Taketsuru built for his company, Nikka. Otaru is known for its trade in adzuki beans, the sweet seeds of which are used in desserts. More significantly for whisky-lovers, it imports barley-malt, from several countries. It is also a university town. On a winter visit, I was reminded slightly of Aberdeen. I think Yoichi too overtly seasidey to be Campbeltown or Elgin, but perhaps somewhere in between: Oban? Mr Taketsuru wanted to mash with mountain water, and to mature his spirit in an atmosphere of sea air. 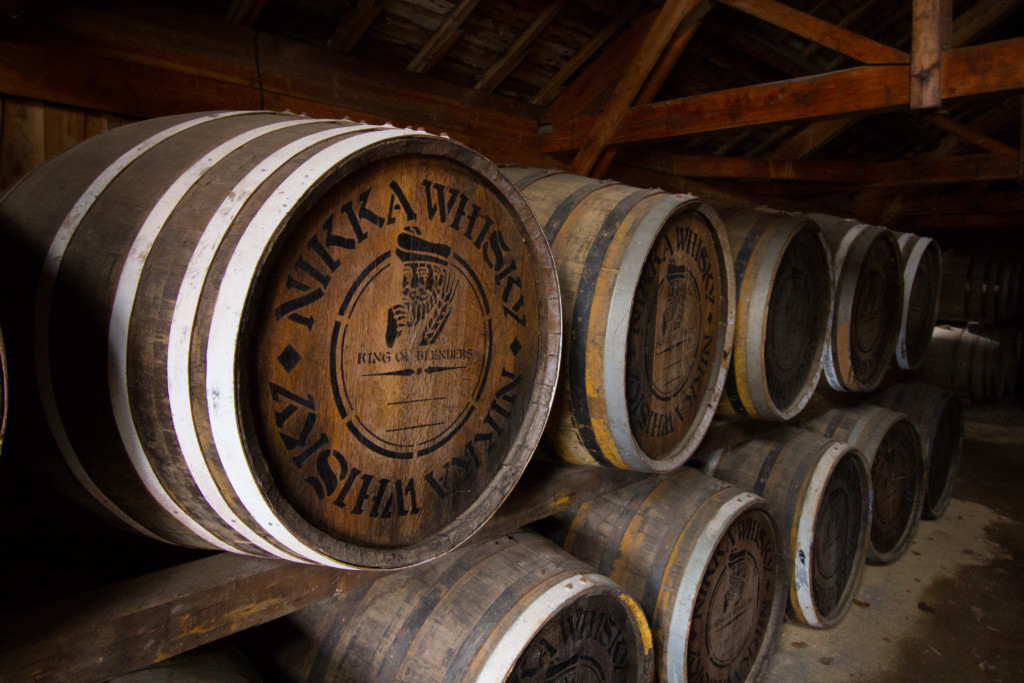 Yoichi is strung on a long, straggly, main street, with hair salons, gift shops and art galleries. Behind the street is a castellated stone arch, vaguely reminiscent of Scottish baronial architecture. Through the arch can be seen the distinctive, and attractive, dark pink rooftops of the Nikka distillery buildings. These rooftops, the originals in tiling and the newer ones in pristine painted metalwork, are almost an emblem of a distillery that is pretty to the point of being fussy. There are rows of chunky, little buildings in yellow-grey stone, with broad, arched, white-painted doors, small latticed windows, with pink roofs and pyramid-shaped vents. The offices, the former malting, the mash-house, the still-house, the fermentation rooms, a couple of dozen warehouses and a visitors’ reception centre set themselves round ornamental lawns with summer-houses, a lake gliding with swans, grass verges with small Japanese yews, and shrubberies with apple trees and azaleas.

Although the maltings has not been used for decades, a small stack of Hokkaido peat is still kept there as a reminder of the company’s heritage. Snow probably provides much of the water that finds its way into the distillery’s wells, which are in peaty land. Barley malt, to more than one specification, is from a number of countries. The mash tun is an elderly vessel of the traditional Scottish style, made from cast-iron, with a stainless-steel dome, set into a mosaic tiling. A mash is six tonnes. On both my first and most recent visits, a single house yeast was being used. It is said to produce a relatively ‘quiet’ fermentation, and seems to contribute a distinctly estery note to the whisky.

The most striking, and traditionalist, aspect is the continued use of coal-fired stills. They are stoked with a soft, powdery coal mined on Hokkaido and similar to British anthracite. There are four wash stills and two for spirit. A seventh, smaller, still survives from an earlier time. The wash stills, with rummagers, are pear-shaped and the spirit ones a little more sculpted. Both, especially the wash-stills, have lyne-arms that flow downward. The stills are about eight feet tall. Both the still-house and the warehouses are decorated with the white paper tassels, called gohei or nusa that are a shinto talisman. Gohei derive from offerings of cloth to the gods. The 28 warehouses, all dunnage, have smart stone-arched entrances, and the traditional red roofs. Most of the cooperage is lightly charred Japanese oak or ex-bourbon.

Such a delightful distillery, paying a Japanese homage to Scotland, made me thirst for a whisky to match. At the time, there was no such bottling, but there have been several since, and I have found myself writing ever more enthusiastic descriptions. The cask-strength ten-year-old in Whisky Magazine’s ‘Best of the Best’ blindfold tasting won my highest score in its flight. I loved its full colour, treacly smokiness, minty spiciness, and uncompromisingly dry finish. Now we have the cask-strength 16-year-old (116.1 in the parlance of the Society). With all those elements plus a bonus of buttery, biscuity more-ish temptation. What does this superb Japanese whisky evoke? Scottish tablet. Yes, that’s it.

The preceding article first appeared in the Society’s Newsletter, pre-Unfiltered, in July 2002 and was written by the late Michael Jackson, whisky & beer writer and published author. It has been faithfully recreated here for an appreciation of how whisky writing and discussion has changed over the years, and to preserve this great article for years to come. 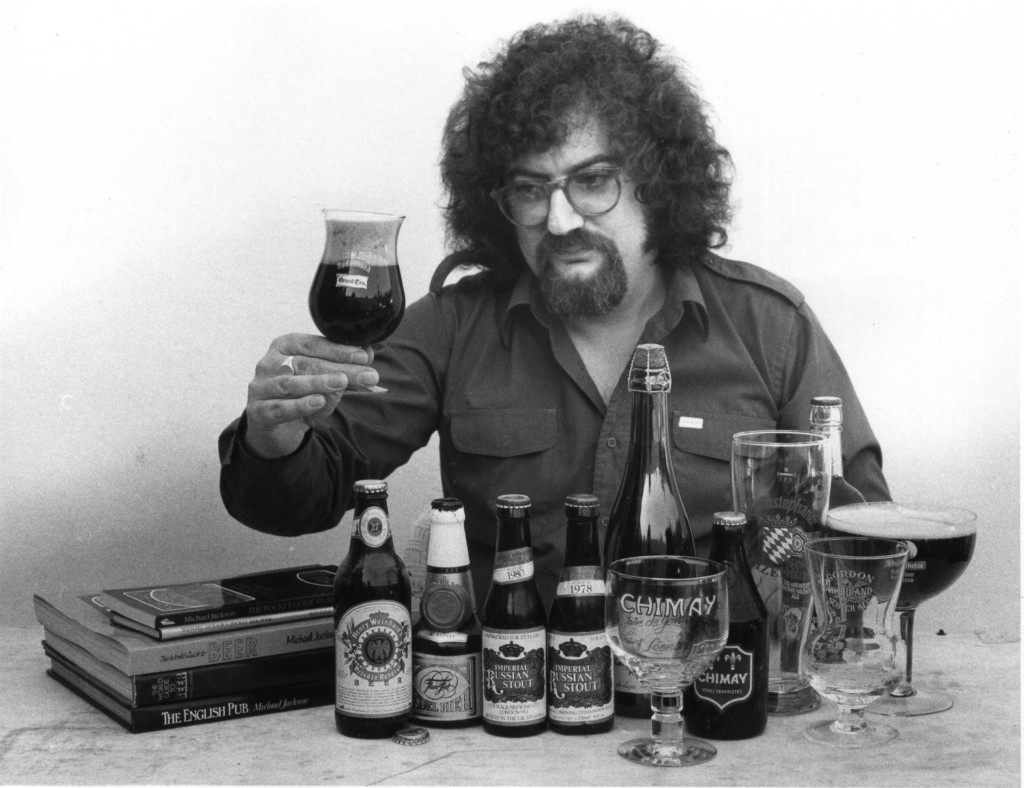