When you think of the great coastal distilleries that play on their maritime location, the usual suspects typically include the likes of Talisker, Lagavulin, Bunnahabhain, even Highland Park. One distillery that particularly plays on its maritime theme somehow continues to manage to sail under the radar: Pulteney Distillery.

Pulteney is located in the town of Wick, which is right up in the very far north-east of Scotland’s mainland – in fact, John O’Groats is just a further 22km north.  Wick was a major herring port in the 19th century and Pulteney Distillery was established in 1826 to cash in on the thousands of sailors, fishermen, and associated trades that descended on the port each season.   The distillery experienced mixed fortunes and changes in ownership, particularly once the herring had been fished out and the industry died away.  It is one of the few Scottish distilleries to suffer the ignominy of being closed due to the temperance movement – Wick was a “dry town” from 1922 until 1947. 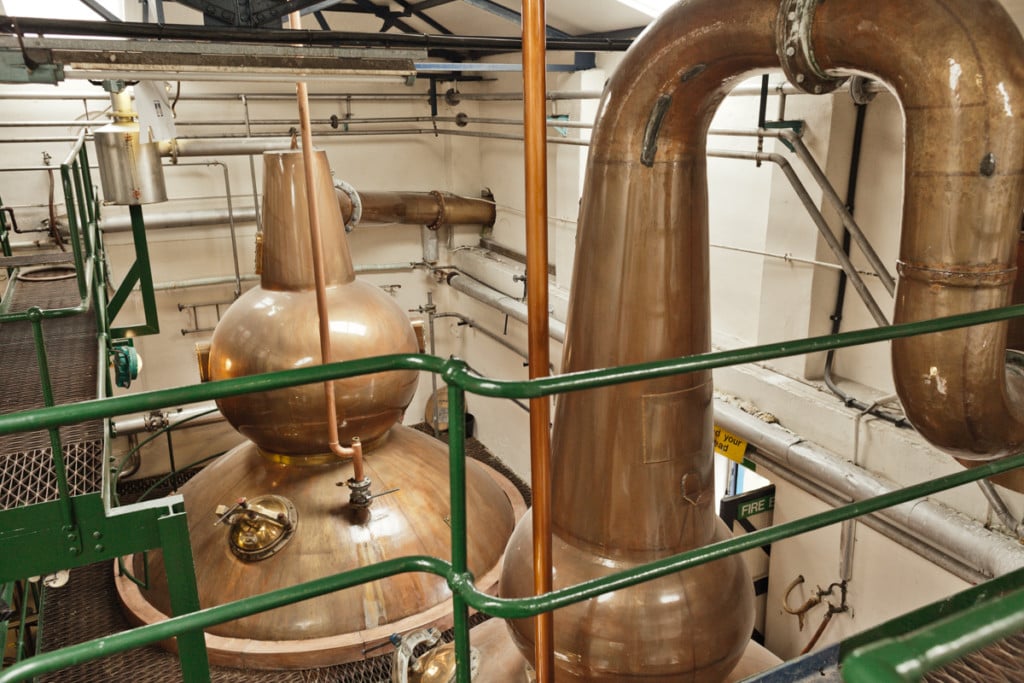 I visited the distillery a few years back and it is a quirky place, to say the least.  A tour through the production area takes you on a twisting, twirling path between different buildings; a function of both the small, tight space it was originally established in and the result of previous refurbishments in the 1950’s.  The stills themselves are particularly unique, unlike any other pair in Scotland.  It is one of the few distilleries left to still use wormtub condensers and these, combined with the stills that induce high reflux, produce a particularly oily and weighty spirit.   With the warehouses sitting just 300m from the North Sea, it is no surprise that the resulting whisky has a notably maritime character.

Pulteney has been in the hands of Inver House since 1995 and they’ve quietly been building the brand over the years.  Bottled under the name “Old Pulteney” and bearing the moniker “The Maritime Malt”, its 12yo and 17yo releases have been cult favourites amongst those in the know.  It’s a small distillery with relatively small output and the majority of its spirit finds its way to the Inver House blends – explaining why the Society hasn’t bottled it as prolifically as much as some other distilleries.

Be a part of the dialogue, become a member of the Society here.