Land of the Rising Malts

On the 11th of March 2006 at precisely 3:30pm, the first spirit was produced at Kavalan distillery. This is a young world whisky distillery that has properly placed itself on the map as a serious contender in malt whisky globally, and in that short time already holds the crown as one of the ten largest malt whisky distilleries on earth.

This growth, and popularity, can’t be attributed to luck. This is careful planning, incredible spirit runs, and an innovative way of dealing with casks which set a benchmark in the trade. Originally set up by Tien-Tsai Lee in the Yuanshan Township in Yilan County, Taiwan, his son Yu-Ting Lee joined the team shortly after foundation. The distillery group itself might be called King Car Food Industrial Co, but the brand of Kavalan has etymology deeply rooted in the native indigenous Kavalan people from the ‘Kabalan Plain’ of where Yilan County sits today, so a fitting brand to hark back.

Tien-Tsai knew that to gain credibility as a distillery and produce a remarkable spirit, he would need help from the existing trade, much like many emerging global markets of new world spirit have employed over decades of creating whisky. Dr Ian Chang and the late Dr Jim Swan were both brought aboard to help guide the future of Kavalan with Ian as master blender/distillery manager, and Jim for everything wood related, in which Jim pioneered the ‘STR’ which stands for ‘shave-toast-rechar’; a process in which the cask prior to filling with spirit is shaved down, lightly toasted, then re-charred with heavy flame to activate the oak. The results really speak for themselves from their work as Kavalan even as early as 2010 after only distilling for four years took out top blind tasting honours at a Burns’ supper at the SMWS Vaults, and have continued to win top accolades around the world every year since. To dig into stats for a moment, the distillery underwent a huge expansion just back in 2016 which sees them now operating with 4 mash tuns, 40 washbacks, an average of a 68 hour ferment time, and a whopping ten pairs of lantern-shaped copper stills. To put some context into this, most small distilleries run one pair of stills, not ten. They mean business! In terms of their range on offer, they have a selection of their ‘core range’ offerings which range from some very young 40% ABV whiskies, then they have a premium selection of things like port casks and other exotic casks, and finally, they have their ‘Solist’ range which they launched back in 2009 to celebrate the magic of their single casks at cask strength. One thing however that you won’t see on any Solist bottle or indeed any of their releases is an age statement. It’s just not part of their mantra. One thing you won’t see on these unique and utterly unctuous Society single casks from single malt distillery 139 is an age statement either. Yes, that’s correct. These are the first ever Society single casks bottled without a clear age statement, and that’s the rules of being able to pick out whichever casks Euan Campbell, our UK whisky manager, wanted. The alternative is not be allowed to bottle them? I’d prefer members get access to these remarkable casks.

So welcome distillery 139 and welcome the cream of the crop of their single cask offering to Society members in Australia. Cask 139.5 Midnight espresso goes on sale Friday 15 November as part of our bumper festive Outturn. Not a member yet? Join here. 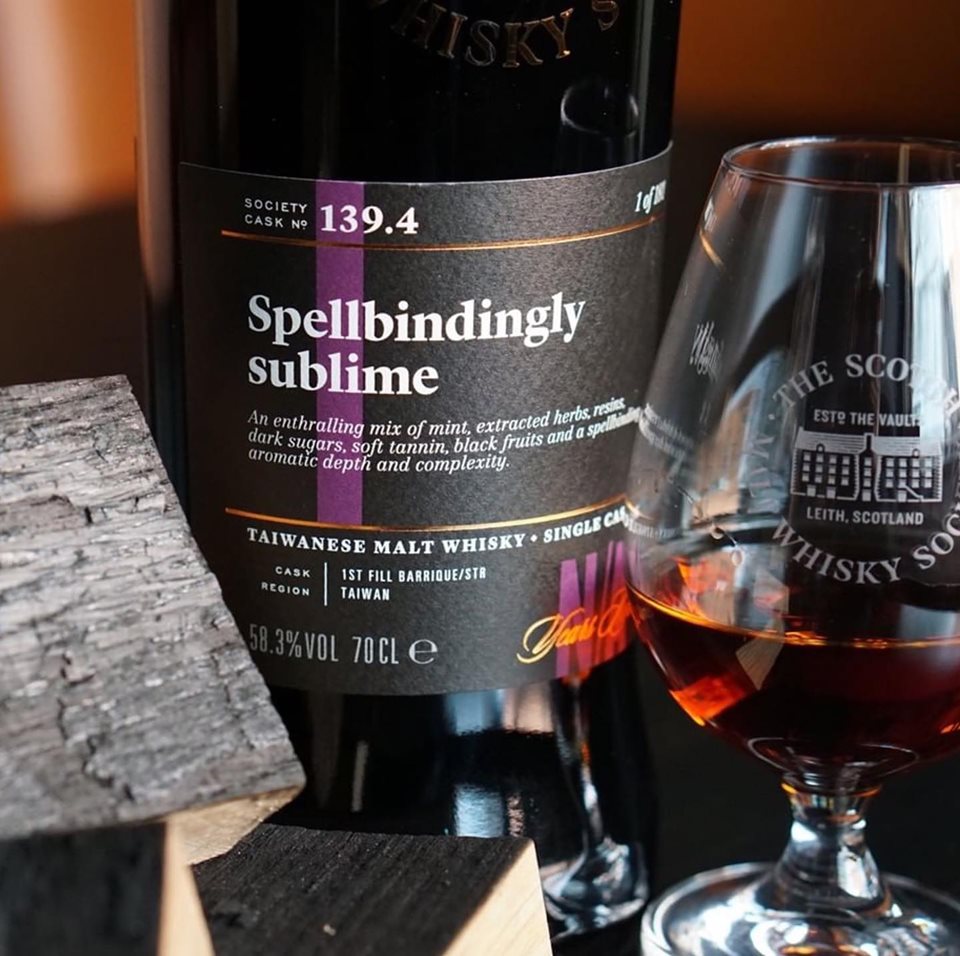