Home/Uncategorized/An Orkney Experience Like No Other: Highland Park
Previous Next

There’s something I like to say often about how Society experiences are truly unlike any other, still, in 2017 and beyond. The Society was hosting whisky events before there were ‘whisky events’ in Australia as commonplace, and we still to this day continue to push the definition, the experience, and the full-flavour of single-cask, cask-strength whisky, like no other. A series of ‘Distillery Focus’ events that we’ve been lucky to host over the last few years have become some of our most popular. The idea behind our Distillery Focus experiences is in having a focus night with one distillery, and ideally with either a brand ambassador or distiller or similar role when they’re in town. In the past 3 years we’ve hosted the likes of Jim McEwan (Bruichladdich), Ian McWilliam (Glenfarclas), Graham & Fay Coull (Glen Moray), Stewart Buchanan (BenRiach), David Stewart (The Balvenie) and more. This time, it’s Martin ‘the Viking’ Markvardsen from Highland Park.

That’s where I segway into our event just last week with Martin, from Highland Park distillery. To get into the nuts and bolts for a moment: Highland Park has recently been picked up by Spirits Platform in Australia as their distributor and brand management for Australia. This move is a very welcome one with the team behind Spirits Platform doing an absolutely stellar job of relaunching the brand in Australia. This relaunch also includes new bottle designs, which Martin tells us he was directly involved in to bring back even more of the Viking history to the bottle and a bit more story to the design. Very neat.

Hosted at The Botanical in South Yarra in the private dining room of the Archer, we started with the rather vibrant 10 year old core range, which if I recall is matured in American oak, which is unlike the rest of the range. The 12 year old followed which if I’m being honest has dramatically improved in profile recently after a few bumpy years, them the 18 year old which is every bit as good as the late great whisky and beer writer Michael Jackson (not the pop star) said it was. Following this was the preview taste of the upcoming Valkyrie, which is a no-age statement, peated expression. Then it was time for the remarkable 4.233 and 4.234 from the Society. These two casks, aged 11 and 15 years old respectively, really showcased the rich oily coastal notes that I absolutely love from this distillery, and happened to pair remarkably with the cured meats from the head chef.

Spirits Platform, and Highland Park, very graciously gave Melbourne SMWS members an evening they’ll never forget with Martin’s presentation and storytelling of an incredible distillery. The SMWS and Highland Park have a long and fruitious relationship of bottling some of the most unique single casks from the distillery for members, so we took an opportunity to roll out two new peated profile ‘4’ casks out at this event.

Society experiences are, even in 2017 after 15 years locally, still the talk of the town in whisky events with the most incredible casks rolled out for members to enjoy in like-minded company of members who love our mantra of full flavour. Keep an eye on our events page for upcoming, and see what all the fuss is about. Insist on full flavour! 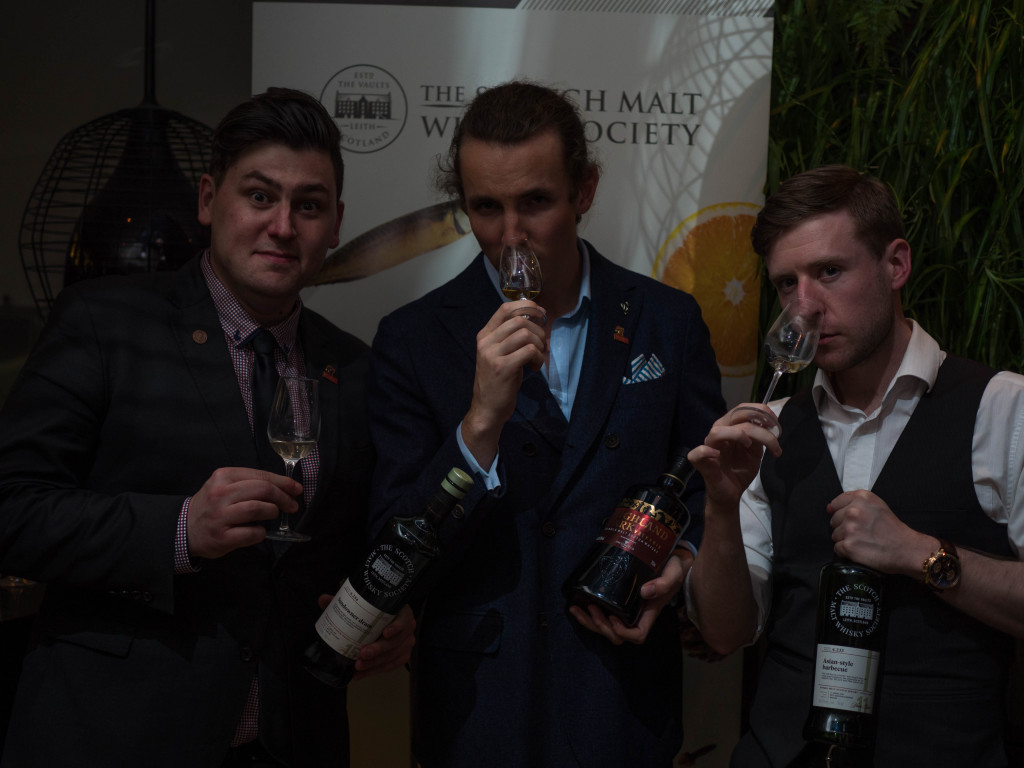